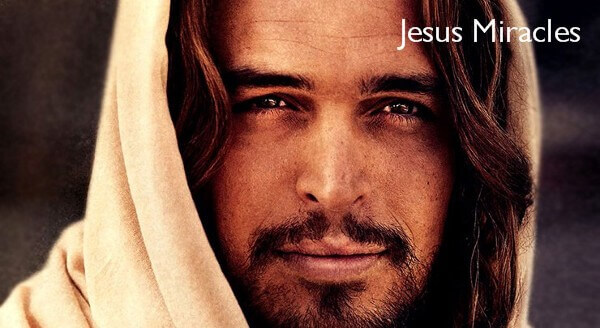 How about a brief biblical history walk through Jesus ministry miracles? Learn about Jesus miracles and what kind of miracles Jesus performed in the New Testament.

Jesus miracles demonstrated His mighty power over sickness and disease. There are several instances of faith healing or creative miracles under Jesus ministry. Lepers were cleansed and the blind could see again. Some for the first time. Paralytics walked and fevers left. Blood issues dried up and deaf ears were opened. Heart conditions, such as edema left and infirmities disappeared. Another Christ miracle was replacing an ear that had been cut off by His disciple, Simon Peter.

Jesus miracles ministry demonstrated his power over life and death. There are three accounts of Jesus raising the dead.

Jesus miracles included supernatural power over the demonic. At least seven people experienced deliverance from evil spirits. Jesus used deliverance power over a man with “legions” of demons. A desperate Canaanite mother’s daughter who was demon-possessed was set free. Jesus cast an epileptic demon out of a boy due to his father’s belief. Mary Magdalene was freed from seven devils. She was called to witness the resurrection of Jesus. Demons were also cast out of the blind and the mute.

Jesus miracles ministry had the power over nature. How? Jesus walked on water. And He turned water into wine at a wedding. This was the first miracle He performed. He calmed a raging storm before His fearful disciples and In two instances He fed thousands with a small amount of food. He spoke death to a fig tree and It was dead the next day. One day the disciples needed money so Jesus told them to look in the mouth of a fish. In it was a single silver coin, enough to pay the tax for himself and Peter. In the New Testament, Jesus’ body became miraculously glorified.

Jesus Talks with the Prophets Moses and Elijah

17 Six days later, Jesus took Peter, James, and John, the brother of James, up on a high mountain by themselves. 2 While they watched, Jesus’ appearance was changed; his face became bright like the sun, and his clothes became white as light. 3 Then Moses and Elijah appeared to them, talking with Jesus.

The miracle ministry of Jesus Christ included everyone. Men, women, boys, and girls from every walk of life. Jesus ministered to the high class, the low class, and the no-class. To masters as well as servants. He wanted to share His gift of “wholeness” with everyone. Thank God for Jesus birth, Jesus death, and Jesus resurrection. As a result, we have life-changing supernatural events today.

Jesus birth was miraculous. He was conceived in His mother’s womb by the Holy Ghost. Her name was Mary and her husband’s name was Joseph. Jesus’ death and Resurrection was also a miracle. Because He lives, we as Christians have access to His miracle of eternal salvation that believes and obeys His word. Important to realize is that we have to trust in God. Why? Because the signs of the end times are upon us.

Have you experienced any Jesus miracles lately? Share your personal testimony with us. Tell everyone how the miracles of Jesus has affected your life. Watch the Jesus Christ movie and many other free Christian movies online at KNCB.org. Be sure to Like us on Facebook, we appreciate it.