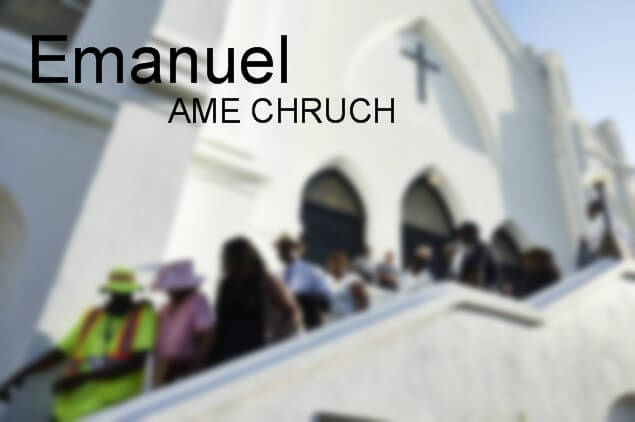 The study of the AME church history reminds me of an heirloom quilt. Each patch is a symbol of past triumphs and struggles. It is a summation of life’s fires, earthquakes, storms, losses and victories. Most importantly, each patch is there as a reminder that “troubles don’t last always.” Read below to learn about the towering historical strength of the SC Emanuel AME Church.

The Emanuel AME Church is a part of one of the world’s largest African-American denominations. The African Methodist Episcopal Church or AMEC. Churches can be found on five continents and in 39 countries.

Emanuel AME Church was founded by Morris Brown and Denmark Vesey, in 1816. It is the oldest AMEC in the South. There was a disagreement about burial grounds. African American members moved their membership from the MEC in Charleston, South Carolina. In 1818, under the leadership of Morris Brown, the new congregation moved into their new church.

The Emanuel AME Church began to experience racial turmoil. Church raids were conducted. Church leaders and members were whipped, fined and jailed. Denmark Vesey and others were executed. Their plot to start an uprising was discovered.The new church was burned to the ground. Imprisoned without conviction, Morris Brown was released. He was joined by other members. They went to the church in Philadelphia. In 1834, Charleston banned all black churches. The remaining faithful few still managed to meet secretly.

After the Civil war the future of the Morris Brown and the Emanuel AME Church was set in motion. Bishop Daniel Payne placed Richard H. Cain as Pastor of the two congregations. Later, the church was rebuilt with the help of Denmark Vesey’s son, an architect. However, fourteen years later, the wooden church was destroyed again by an earthquake. It was rebuilt in 1891. Today, the sanctuary houses some of its original artifacts. It is able to seat almost 3,000 people.

In 1951, signs of new progress filled the sanctuary of Emanuel AME Church. The membership was growing. Almost $500,000 went toward outstanding renovations for the church. Sadly, in 1989, Hurricane Hugo dealt another unexpected blow. Major repairs had to be made.

Emanuel AME Church was active in community affairs. It has been the site of voter registration meetings and hospital strikes. Emanuel has hosted well-known Black and white speakers and visitors such as Martin Luther King Jr. It has provided support for charities, local art shows, concerts, black historical events and more.

“upon this rock I will build my church, and all the powers of hell will not conquer it”

In spite of its past fires, earthquakes, storms and recent tragic losses of its Pastor and nine members, Emanuel AME Church still stands as being “more than a conqueror.” As in Christ teaching from Matthew Chapter 16 verse 18 of the New Living Translation, “upon this rock I will build my church, and all the powers of hell will not conquer it.”

Let There be Peace

“They’ll Know We are Christians by Our Love”

It is quite fitting that “Emmanuel” meaning “God with us” was placed in the name of Emanuel AME Church. While mourning, those who remain extend forgiveness. Instead of hatred they choose to love. A very talented Christian hymn writer, Peter Scholtes, needed a song for an upcoming interracial church event. Sung by Christian song artists, Jars of Clay, Scholtes wrote the famous hymn “They’ll Know We are Christians by Our Love.” Scholtes always ended his letters with “Let there be peace in the world. “

At KNCB.ORG, we pause in memory of the ministry and life of Emanuel AME Church Pastor and deceased members…………………. Our prayers are with the “fruit that remains.”

How has the history of the Emanuel AME church or the AMEC organization impacted your life? Share your experiences. Share your testimonies. They will be greatly appreciated. Also visit us at KNCB.ORG for sermon videos, information about Azusa Street, Christian songs and more. Please like our page on Facebook.