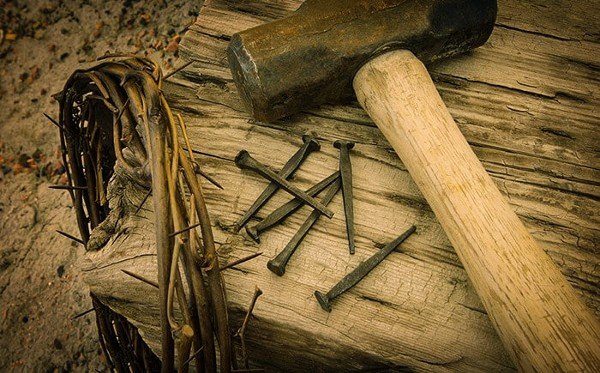 Jesus Crucifixion is the theme of some of the world’s most expensive and inexpensive pendants. The lowest prices range from 99 cents to at least $5,000. However, there is a cross more valuable than any cross anywhere. More than an accessory, it is the cross of Jesus Christ. He paid the highest price ever. It costs His life. Join me in an exploration of some other amazing facts about the Crucified Christ.

Famous artists such as Leonardo Da Vinci and others painted beautiful paintings of Jesus Crucifixion. There are at least 50 famous paintings depicting the Crucifixion of Jesus and the Jesus resurrection. In the New Testament, there was nothing attractive about being nailed to a Roman cross. The execution was hideous and hateful. It was demeaning and downright painful. This form of capital punishment was also embarrassing. Suffocation or bleeding could go on for days.

He was led like a lamb to the slaughter.

Jesus Crucifixion was inhumane. As sung by Christian gospel artists “Third Day” in the Christian gospel song “By His Wounds” “But He was wounded for our transgressions, He was bruised for our iniquities: the chastisement of our peace was upon Him; and by His stripes we are healed.” Isaiah 53:5. Jesus was hung in a public place. In the case of Jesus, the Lamb of God, in Isaiah 53:5 (GWT) “He was abused and punished, but He didn’t open his mouth. He was led like a lamb to the slaughter. He was like a sheep that is silent when its wool is cut off. He did not open His mouth.”

Jesus Crucifixion was trying, but eternally triumphant. At least 1,000 soldiers arrested Him. His charges were trumped-up. He was set up and sold by His brother Judas and was treated like a slave. In Matthew 26:67, “Then they began to spit in Jesus face and beat him with their fists. And some slapped Him.” All of this has to take place for Jesus second coming.

In Jesus Crucifixion He was given 39 stripes and was beaten beyond recognition. Jesus the King wore a bloody crown of thorns and a kingly, mocking purple robe. He fell three times while carrying His cross. Even those who experienced or saw Jesus miracles screamed curses at Him. While those who really loved Him cried. He hung almost naked with nails in His hands and feet. Savior Jesus hung innocently between two thieves.  Because Jesus love you, the Son of God was crucified.

God Has a Plan

Strangely, Jesus Crucifixion was the plan of His Father God for our eternal salvation. His arrest, the 6 – 7 trials and crucifixion totaled at least fifteen events. Jesus Day of Crucifixion began at 1 a.m., non-stop. He died at 3:00 p.m. The Passover Lamb of God hung for six excruciating hours. According to Isaiah 53: 10. “Yet it pleased the LORD to bruise Him; He hath put Him to grief: when thou shalt make His soul an offering sin, He shall see His seed, He shall prolong His days, and the pleasure of the LORD shall prosper in His hand.”(ERV). “All (mankind) had sinned and come short of the glory of God.” The sins of man were “stink in the nostrils of God.”

Jesus Crucifixion was the cleansing hand of God in the earth. God needed a “go-between.” Jesus disciples could not do it and the prophets were not qualified. Even Mary Jesus Mother was not able. God thought, “I will send My Son.” God sent and allowed the Crucifixion of His Only begotten Son. “Therefore my own arm brought salvation for me.” (Isaiah 63:5) Jesus Crucifixion paid the price for the sin of man. On the cross Jesus stood between God and sinful man. Christ Crucified brought man back into right standing with God. Jesus Blood hid us and still hides us from the wrath of God.

Jesus Crucifixion was not in vain. He is yet hiding us. Jesus was the payment for our blatant sins. Because of Jesus Christ, we have eternal life again. Jesus precious blood removed our guilt and shame. Favor and access to God was once again regained. He became the balm for our sin sick souls. “By His stripes we were healed” and we were made whole.

As stated in Hebrews 12 verse 2 about Jesus Crucifixion, “Look up!” “Looking unto Jesus the author and finisher of our faith; who for the joy that was set before Him endured the cross, despising the shame, and is set down at the right hand of the throne of God,” Jesus Resurrection has given us the power to get up. Because of the grace of God we can speak up. Now we can speak up by sharing the gospel of how much “God so loved” us.

We hope you were inspired by this article. Please share your comments. If you have you visited the Holy Land, share your missionary stories about visiting Calvary or the Church of the Holy Sepulcher.

Watch the Jesus Christ Movie at KNCB.ORG. Like us on Facebook at Kingdoms Network Christian Broadcasting. Be Blessed!