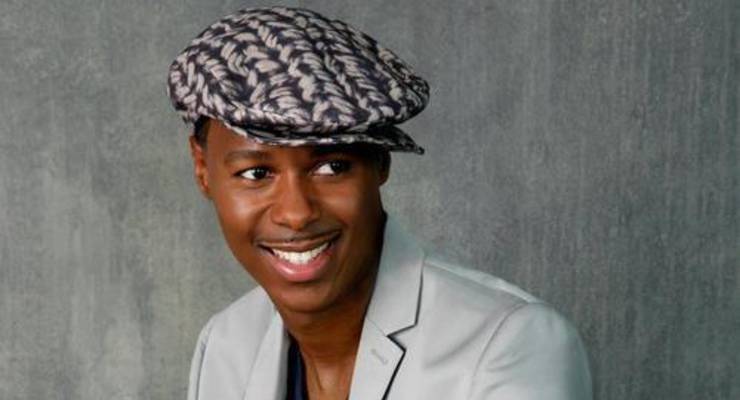 Experience the power of the minstrel anointing. On September 7, 1971, Micah Stampley was born to Richard and Delmarie Stampley. Born in Los Angeles, California, he was the fifth of eight children. Micah’s childhood days were spent in Baton Rouge, Louisiana. A carpenter and a homemaker gave birth to a “child prodigy.” His future would include sharing the gospel of Jesus Christ. He would go on to become one of the world’s greatest Christian gospel singer, songwriter, actor and third-generation preacher. Let’s find out how.

Micah Stampley had a Call to the Nations on his life before birth. “Before I formed thee in the belly I knew thee: and before thou camest forth out of the womb I sanctified thee, and I ordained thee a prophet unto the nations.” (Jeremiah 1:5). His global destiny began to unfold at church. As the son of a pastor, he became active in church at age 4. At age 7, he began playing the drums. He started writing songs at the age of 12. Later, Stampley and his brother, Nathaniel, supervised the church music department. The musical virtuoso was a choir director and musician. He conducted musical workshops which included musical arrangements, blend and balance.

Next, God had Another Place for the musical giftings of Micah Stampley. His anointing would move beyond the church walls. Micah was being set up for global ministry. He was featured at several churches and community functions. He appeared in musicals and was on television for children. Micah was a guest on Baton Rouge’s WAFB TV where he was featured on the “Buckskin Bill Show.”  Stampley sang and played the tambourine on the Buckskin Bill Show. He was also invited to the governor’s inauguration in Louisiana where he sang the “Star-Spangled Banner.”

The future triumphs of Micah Stampley were preceded by tragedy. For years he experienced a loss of direction. He witnessed the death of and incarceration of his brothers. Fearing he was next, he moved to California. Satan was after his treasure, he barely missed death. In spite of all, God was still Worthy to Be Praised.

Suddenly, a silver lining appeared for Micah Stampley. While singing at a conference, destiny called again. He submitted to the tutelage of renowned Evangelist Earl Johnson. God began to, as in the song Speak into My Life, to speak prophetically into the life of Micah. He begins to do concerts. He also accompanied Reverend Johnson on crusades.

Surprisingly, Micah Stampley answers another clarion call.  He returns home to Louisiana. His father needs help with the music department. It was never a desire of his to go back to Louisiana. However, after a Holy Visitation, he felt led by God to return home. God was up to something. His future music partner and wife, Heidi Jones who was a nurse, was there. Five children were born. They are Brandon, Micah III, Mary, David, and Adam. King Adamtey adopted Micah as a son. A native of Ghana, King Adamtey is Bishop Kingsley Fletcher of Durham, North Carolina. Bishop Fletcher is a renowned preacher, author, university chancellor, businessman and more.

Today, after all he has been through, Micah Stampley is featured in Christian videos. He is an extraordinary soloist, musician, songwriter and preacher. Micah is a powerfully anointed multi-octave minstrel. In one of several of his songs, War Cry, his voice ranges from bass to soprano. He can sing the highest of high notes or sing the lowest of low notes. Micah has not had professional voice training. He gives glory to God for this unexplainable supernatural gift. He says, “It just happens.”

As stated in his recording, The Corinthian Song, he is a “vessel full of power with a treasure from the Lord.” His gift is demonstrative of the words in several online sermons “The yoke shall be destroyed because of the anointing…….(Isaiah 10:27). For example, in one of the Christian Movies, David, God allows an evil spirit to terrorize Saul. Saul requests a minstrel or an anointed musician. “Whenever the spirit from God came upon Saul, David would take his harp and play. Then, relief would come to Saul; he would feel better, and the evil spirit would leave him. ( I Samuel 16:23).

Micah Stampley experienced more Deuteronomy 28 blessings of obedience. He would reap a whirlwind of blessings. God was preparing him to experience more Heaven on Earth. More musical opportunities began to overtake him. He became minister of music for COGIC at Baton Rouge, Covenant Life Church and Shekinah Glory of LA. He worked with Bishop Paul Morton at St. Stephens. He was in music ministry at Fountain of Praise and St. Agnes Baptist in Texas.

The wheels of destiny were turning faster and faster for Micah Stampley. The Well of blessing for him was yet overflowing. He won the Gospel Star Search Stella Award in 2004, 2006 and 2015. Next, Bishop Jakes’ organist, Marcus Dawson, heard him sing. He was invited to sing at the Potter’s House. He became the personal psalmist for Bishop Jakes. Eventually, Micah was offered a recording contract by T.D. Jakes’ Dexterity Records. The Songbook of Micah registered at No. 3 on the charts. He did a Motown Gospel Christmas project. He won 2 GMA Dove Awards. Micah was one of the 2005 Billboard Magazine, Top 10 Gospel Music Artists. He was one of the AOL Black Voices, Top 11, Gospel Geniuses.

Having turned down other labels, today Micah Stampley has his own label, “Levitical Records.”He and Heidi are among the founders of two, 501(c)(3) organizations. They are Interface Entertainment and Operation I Believe, Inc. They share the Marvelous love of Jesus Christ.

Finally, the life of Micah Stampley is centered around these beliefs. Stay humble. Don’t let your blessing go to your head. As stated in his song, We Need the Glory for power to operate in humility. Let God know He can trust you. Maintain Christian morals. Pray for Holiness. Remember family comes before ministry and business. Be honest. Tell the truth. Learn music business, copyright, and publishing laws. Too, Micah believes in the Unfailing Love of Jesus.

I hope you have been encouraged by this article. Visit us at KNCB.ORG for more or to listen to Christian music. Watch sermon videos and Christian movies.Visit our Faith Shop for Walk By Faith greeting cards and photographic prints. Also, like us on Facebook at Kingdoms Network Christian Broadcasting. We’ll be glad you did. Thank You So Much!