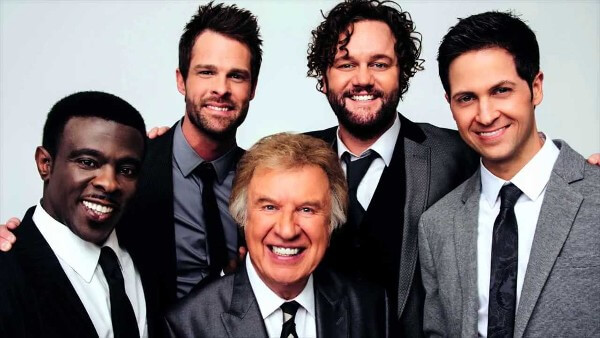 The Gaithers Vocal Band is one of the world’s outstanding Christian gospel music groups.  Learn about the origin of The Gaithers or the Gaither Vocal band. Read about how the gospel of Jesus Christ is spread through song. Find out how their Godsent gospel music legacy began. Dreams do come true. Your kingdom gifts can lead you to good success.

In 1981, a new sound was birthed by The Gaithers Vocal Band. Here’s how it all happened. The Gaither Trio was on stage in concert. Back stage, four young men were chatting and singing around the piano. They started harmonizing “for the fun it.” They decided to “go for it!” Gary McSpadden, Steve Green, Lee Young and Bill Gaither performed live, for the first time. They sang, Your First Day in Heaven. The audience loved the good news they heard from the Christian song.

Personnel changes begin to take place in The Gaithers Vocal Band. The quintet turned out as a quartet. The term “vocal band” replaced “quartet music.” It would lend itself to the future numerical, voice and career changes within the group. Some members began to pursue solo careers, band projects and more.

Like their predecessors, The Gaither Trio, The Gaithers Vocal Band has been blessed. They have recorded top Christian songs. They have produced 30 albums. At least 20 of the them went to the charts. They have released at least 10 DVD’s and have received 2 Grammy Awards. They have 17 Dove Awards. Awards were given for songs, such as  I Bowed On My Knees, The King is Coming, and Little Is Much When God is in It and others. As an old Swedish proverb states, “ The apple doesn’t fall far from the tree.” Or, like mother, like father is a child.” (Georgian). How did this legacy begin?

Bill Gaither, the leader and founder of The Gaithers Vocal Band had a dream. At a young age, he wanted to become a gospel singer. He wanted to fulfill the Great Commission through song. In 1956,  Bill stepped out on faith. The Bill Gaither Trio or the Gaither Trio was formed while in college. It included Bill, Danny Gaither, and Mary Ann Gaither. Later, Gloria replaced Mary Ann. They sang gospel music and Christian music. In 1967, Bill Gaither left his teaching career for full-time gospel music ministry. Loving God, Loving Each Other, they would spend the rest of their lives singing Southern gospel music.

Later, Bill and Gloria, forerunners of The Gaithers Vocal Band, became interested in the Christian music industry. He was influenced by other famous gospel groups. They began to write songs. Because He Lives, Let’s Just Praise the Lord, and The King is Coming were chart-busters. They recorded 70 albums. They won 6 Grammy Awards and almost 40 Dove Awards. A Grammy, He Touched Me, was sung by Elvis Presley at Madison Square Garden.

Like their mentors, The Gaithers Vocal Band have been featured at several venues. They have made guest appearances on Praise the Lord(TBN), the Nashville Network and other Christian television broadcasting networks. They’ve provided Christian entertainment at the Grand Ole Opry. Concerts were done at American Music Theater and church conferences. They frequented Christian radio stations, such as Gaither Radio.They have shared the Love of God on Christian and secular video channels and are listed on Top 40-charts. They are publicized in Christian magazines, newsletters and newspapers. The band is also hosted on cruises, at resorts, on mission tours and hometown events.

Finally, The Gaithers have written over 700 songs. Here’s a note of encouragement made from some of those songs recorded by The Gaithers Vocal Band. God is Good All the Time. He has a plan for you. You’re Greatly Blessed and Highly Favoured. He wants you to know that, too. God wants you Satisfied, Livin’ Life, abundantly. He can cause Everything Good and not good to lead to your destiny. Sow love. Keep Sowing Mercy. Don’t give up on your dreams. Keep decreeing and declaring, Lord I Do Believe. One day, The King is Coming. You’ll find what you have been hoping for. Your long-awaited dream is Beyond the Open Door. God will open doors for you.  “Look, I have placed before you an open door which no man can shut.” (Revelation 3:8).

I hope you were encouraged. Share your comments, we love hearing from you. Visit us at KNCB.ORG for more articles. Also, watch Christian music videos of other famous gospel music artists, such as The Crabb Family, The Winans and others. Need a right now word? Listen to sermon videos. Need a break? Watch family-friendly Christian movie videos. We’ll be glad you did. God Bless You!