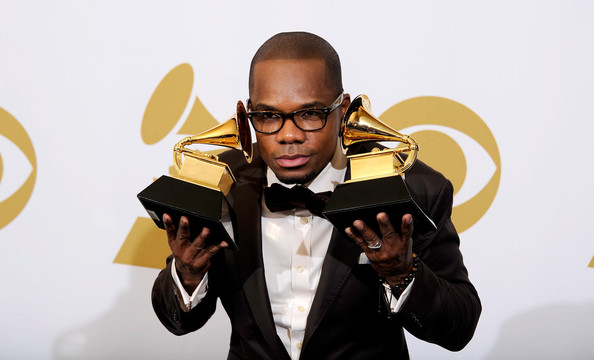 Glory to God! Look At Me Now! Learn how Kirk Franklin, seemingly destined for failure, made it. Read how God lifted him from the bottom to the top. Learn how this Hero chose life over death. How did he find a Blessing in the Storm of life? How did he rise above it all?

Kirk Franklin(Dwayne) is an international gospel artist. He is a husband and a father, a singer-songwriter, musician, director, producer, and author. He was born, January 26, 1970, in Fort Worth, Texas. Sadly, at age 3, the teenage mother didn’t want the Little Boy. On top of that, he didn’t have a father. He never knew his father. Would he be an orphan statistic? Suddenly, Sunshine appeared out of nowhere. God sent little Kirk a guardian angel. His 64-year-old Great-Aunt, Gertrude, adopted him. God would use her to prepare him for the nations.

“ I knew you before I formed you in your mother’s womb.

Before you were born, I set you apart and appointed you as my prophet to the nations.”

The shaping of the future global music ministry destiny of Kirk Franklin began at age 4.  Aunt Gertrude signed him up for piano lessons. She paid for them by finding and selling aluminum cans. God anointed him to sight read and play by ear.

Kirk Franklin became a young musical genius. He was offered a music contract at age 7. Aunt Gertrude was a religiously strict Baptist. She said “No.” She meant, “No.” She and Jesus had other plans. They had it all worked, out. The “Church Boy” would play for the church. At 11 or 12, Kirk worked with the Mt. Rose Baptist Church Senior Choir. Later, he won an audition from a college music conservatory. Tutored by Jewell Kelley, he also played for the high school choir.

Afterwhile, the life of Kirk Franklin started spiraling, downhill. Bad behavior, surfaced. He was kicked out of school. His two sisters were substance abusers and his youngest sister was arrested and went to prison. Kirk’s stepfather and his birth mother’s father who was there for murder were in the same prison.

In spite of all these signs, young Kirk Franklin continued his destructive path. The life chapter of straddling the fence was coming to a conclusion. At age 15, he received some terrible news. He was in for a rude awakening. His Sunday School buddy and longtime running partner was shot and killed. This was more than Kirk could bear. At 17, he became a father. This Is It! He was about to receive the ultimate “Wake Up!” call.

However, there is Something about the Name Jesus. Immediately, Kirk Franklin Called on the Lord. Movin On, he accepted Jesus Christ in his life and started reading the Bible. He got himself together, polished up his act, and got back on the right track. God gave him a new anointing. This time, he started writing songs, recording songs and forming choirs. He helped form the Humble Hearts. James Biggham of DFW heard some of his demos. Kirk was invited to join the DFW choir.  Later, he was hired by Biggham to lead the GMWA Convention Choir and headed for the gospel music industry.

Years, ago, Aunt Gertrude said, “No.” Now was the time for Kirk Franklin’s ministry to grow. First, he started a 17-member choir called Family. They received their first contract from GospoCentric. Since then he has signed contracts with at least 4 other labels. They are Zomba, Sparrow, Interscope and  J. Kirk started his own label Fo Yo Soul under RCA. It has gospel music artists, such as Tasha Lockhart, The Walls’ Group, and of course, Kirk Franklin, himself.

The songs of Kirk Franklin fit at least 5 music genres or categories. They are contemporary Christian, inspirational, praise and worship and traditional gospel. He also records Christian hip hop. Very few ministries involve themselves in ministry beyond the church walls. It is said by some, “he took the spirit of the streets to the church.”

In the early 1990’s, his Kirk Franklin and Family, debut album stayed on the charts for 100 weeks. It was featured on gospel and R&B charts. It went platinum two times. His Kirk Franklin and Family 1995 Christmas album made it to number 1 in contemporary gospel music. It was the first one, ever.  In 1996 he recorded his first gold album, Whatcha Lookin’ 4. In 1998 his album, God’s Property Nu Nation Project, was tops on the 200 Top Billboard charts. It was No. 7 for 49 weeks. It was famous for the single Stomp with Cheryl of Salt-N-Pepa. This album led to his 3rd Grammy. It was a triple platinum and was also a favorite of MTV.

Legal misunderstandings developed between Kirk Franklin and two of his choirs. In 1998 he was sued, by God’s Property, for contract disagreements. In 2000, Kirk and GospoCentric went through a  multi-million-dollar lawsuit with The Family. They were requesting Nu Nation Project royalties. The group disbanded and Kirk became a solo artist. A Brighter Day was on the horizon.

God continued to breathe upon the music ministry of Kirk Franklin.  In 2002 the disc, The Rebirth of  Kirk Franklin, made No. 4 on Billboard. It stayed on the Gospel Albums chart for 29 weeks. In 2005, he released the album, Hero. In 2006, he released Songs for the Storm, Volume 1. He also received 2 Grammy Awards for Hero. Kirk participated in Christian mission efforts for Hurricane Katrina victims. He performed at the Rebuilding the Soul of America Concert in New Orleans. He has won seven Grammy Awards and has received 13 Dove Awards and 15 Stellar Awards. His songs are featured on Christian radio, secular and  Christian video channels. In a 10-year period, he sold over 10 million albums.

In 2007, Kirk Franklin performed a global missions project with a few gospel greats. He produced The Fight of My Life. It included Melvin Williams, TobyMac, Rance Allen and others. He topped the charts again. The album made it to the top 49 of the Billboard 200 Chart. Proceeds went toward helping victims of the 2010 Haiti earthquake.

In 2011, a project of at least 20 Christian gospel music artists was created by Kirk Franklin. They were The Winans, Bishop Morton, Natalie Grant, Yolanda Adams, Marvin Sapp, Jeremy Camp, and other artists. He released Are You Listening? He did it again and topped the pop charts with “I Smile” from his Hello Fear studio album. Kirk has been on 11 gospel music tours. He’s recorded over 11 albums. He has shared the stage with secular artists, too. The Nu Nation project included Dan Shea, Bill Withers, R. Kelly, Mary J. Blige, Bono and more.

Thank You by Kirk Franklin

The music ministry Kirk Franklin has also led to television opportunities. He wrote the song “Thank You.” It is a soundtrack for the movie Kingdom Come and recorded the song Joy. It is a soundtrack for the movie, Preacher’s Wife. Kirk is the host and a co-executive producer for Sunday Best. It is a gospel music talent search program. He was the co-music director for the American Bible Challenge Show and has been featured on the sitcom Sister, Sister.

While ministering to thousands, Kirk Franklin needed deliverance. He shares his testimony of deliverance on TBN and the CBN Christian broadcasting network. He talked about it in Christian radio interviews, Charisma and other magazines. Pastor Tony Evans of Oak Cliff Bible Fellowship was his “real mentor.”

Kirk Franklin is also a published author. He has written at least 4 books. Church Boy, also a nickname he coined, is an autobiographical sketch of his life and music. The Blueprint: A Plan for Living Above Life’s Storms it is a book of transparency. It deals with parenting, marriage, politics, sex, and religion. Lean On Me is a book of stories about people who made it through life challenges. Kirk didn’t forget about the kids. He published How Do Alligators Praise the Lord? It introduces children, ages 4 – 12 or grades 4-7 to worship styles.

Here come the bride and the groom. Marriage and family were good moves for Kirk Franklin. Having marital family responsibilities helped him maintain his lifestyle as a Christian. He married a good friend, Tammy Collins. They have been married for almost 20 years, have four children. Their names are Kennedy, Carrington, Kerrion, and Caziah. Two are from each of their previous relationships. Another child is due in September 2015.

Finally, Kirk Franklin’s song list contains almost 150 titles. Allow me to close with an inspirational poetic summary using some of them.

Don’t Cry. Don’t Worry. He will see you through. Think about the last time He worked out things for you. The load that you’re carrying is More Than You Can Bear. Cast your care on Jesus. Leave your problem, there. Give it to Him. Take your hands off. Release it. Let It Go. Let Him have it. He Can Handle It. He’s done it many times, before. Put them, all, in His hands. He Will Take the Pain Away. Stomp! Throw Yo’ Hands Up! It’s time for a praise. Shout Hallelujah! It’s Gonna Be a Lovely Day!

We pray you were blessed! Share your comments. Read more articles at KNCB.ORG. Rejoice! Get your praise on! Watch Christian music videos of Donnie McClurkin and other Christian gospel artists. Visit Say Amen TV. Watch Sunday sermon videos. Get a Rhema word from Apostle Craig Banks, Mike Murdock, and others. Need a break? Watch free Christian movies or stop by the Faith Shop for inspirational Walk by Faith greeting cards and photo prints. Like us on Facebook at Kingdoms Network Christian Broadcasting. We’ll Be Glad You Did! God Bless!