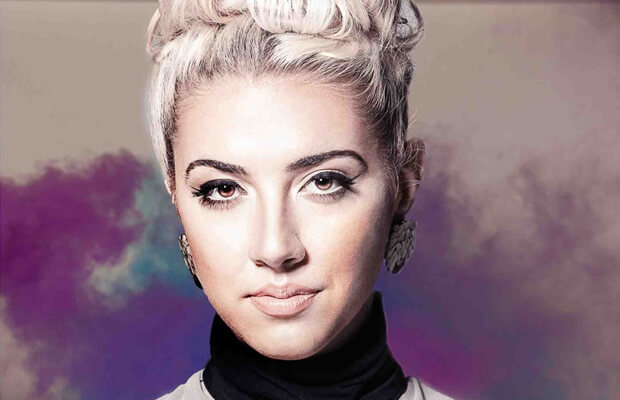 Shout! Enter your Godsent New Season. The Best is Yet to Come.  Learn how Martha Munizzi experienced the Favor of God. Find out how she was delivered from the spirit of perfection. Read about how she was able to bounce back from a troubled past. How did she make it through the trials, struggles, the pain, the secrets?

Born in Lakeland, Florida, Martha Munizzi has a twin sister, Mary. Marveline is her oldest sister. Their parents are John and Faith Stallings. The family needed a new place of Habitation. They moved to Orlando, Florida. Initially, the girls were home schooled. At age 12, they were enrolled in public school.

The music anointing ran down in the family of Martha Munizzi. Her father was a preacher and a songwriter. Her mother was a musician and singer. The Stallings were also Christian evangelists. Mrs. Stalling taught the girls to sing. Martha started singing at 8 years old. They traveled and sang on the road with their parents. Martha, Mary and Marveline formed their first praise team, Testament, at ages 16 and 18. It was a popular group in the Orlando area. The family lived off of love offerings. When there wasn’t enough money they slept in the car. Later, they were blessed with an RV.

The Spoken Word about the music ministry of Martha Munizzi began to spread. Gospel music recording companies began to take note. She has recorded for Integrity Media, Columbia Records of Sony. Today, Martha has her own label, Martha Munizzi Music. Several of her live recordings were held at Joel Osteen’s Lakewood Church. Lakewood Church’s Cindy Cruse-Ratcliff was on maternity leave. Martha filled in for her. Martha has performed at the Grand Ole Opry House, the Potter’s House, Faith World and other churches and venues.

The chart performance for Martha Munizzi is exceptional. Her albums have appeared on the Billboard Gospel Chart, the Billboard Christian Albums Chart and the Billboard Top Christian Albums Chart. She ranked Number 1, 2, 3, 4, 6, and 12 on the charts. She has released 4 concert videos as well as a walking exercise video. She recorded 6 albums. Her The Best is Yet to Come remained on the Top 10 Billboard chart for a year.  Also, you will find Martha starring in Christian movies online. She starred as herself in the movie, “The Gospel.” She sang “Glorious.” The movie is a depiction of the Prodigal Son.

The praise and worship protege’ of Israel Houghton, Martha Munizzi, has won several awards. The child of The King is a 2-time Stellar Winner. She’s had 5 Stellar nominations. She’s was awarded 1 Dove Award. She received 8 Dove Award Nominations. She received an Oasis Award and a nomination. She was the recipient of a Christian Music Award and a nomination. Martha was awarded 3 CCM Magazine Reader’s Choice Awards and 1 Grammy Nomination. As an independent artist, she is history’s bestseller. She sold over 500,000 units. Martha grew up singing southern gospel. At age 20, her husband, Dan, told her about Andrae Crouch and was introduced to the gospel music experience. You can watch free Christian movies online that feature Martha Munizzi and other artists.

Participation in Change the World missions is also a part of the gospel music career of Martha Munizzi. As a child, she had several hands on experiences. She has been in Christian crusades in the United States and Canada. She has performed at several fundraising events, such as the “I Promise, Inc.” for a Pittsburgh Children’s hospital and the Children’s Defense Fund. She has also helped with Haitian and Jamaican evangelistic crusade efforts.

The Glorious music ministry of Martha Munizzi has allowed her to be among other gospel greats. She has ministered alongside Benny Hinn, Joyce Meyer, Bishop Jakes and other preachers and teachers. She has also ministered with her twin sister, Mary Alessi and has shared the stage with gospel song artists, such as CeCe Winans, Celine Dion, Donnie McClurkin and Nicole Binion. She has also worked with composers such as Clint Brown, Aaron Lindsey, Noel Hall, Fred Jenkins III and others.

Martha Munizzi has been a guest on the TBN, CBN, Daystar, Lexi and BET’s Celebration of Gospel. She was a part of the sold-out “Sisters-In-The Spirit” tour. She’s featured at conferences, such as Women of Worship and Mega-Fest. She was on the Annual Super Bowl Gospel Events platform and has been featured in Charisma, Jet, just to name a few. She has been in several audio Christian radio interviews. Blessed Be the Lord!

What an Amazing Love! Music ministry matrimony was in God’s plans for Martha Munizzi. Unknowingly, she had already met her future husband. She met him at age 16. They met again in 1984. She married Dan Munizzi in 1987 and have three children, Danielle, Nicole and Nathan. Danielle is also a contemporary worship recording artist.

Like Martha Munizzi, Dan Munizzi is also from a Christian music family. He plays keyboard and the bass guitar. He retired from building homes to become Martha’s manager, full-time. He was the executive producer for her first CD, Say the Name. Later, they founded the EPIC Worship Movement which was a gathering of worshipers like Mary Alessi and William McDowell. It stressed the importance of divine intimacy. Dan and Martha were music directors for Faith World Church where the choir grew from 30 to 200 members. The congregation grew from 250 to 5,000 in an eight year period. They were in music ministry for 12 years.

Most of the beliefs of Martha Munizzi and her husband are worship-focused. They want to use worship as a tool to spread the gospel of Jesus Christ. God Has a Way. The torch of worship must be passed to the next generation. Future worship leaders, singers, songwriters and musicians must be mentored, trained and taught. The unchurched will be evangelized.

Ministry at another level is in the immediate future plans of Martha Munizzi and Dan. On September 20, 2015, Martha and Dan will enter their New Season of ministry. It is their desire to dispel cultural, familial and religious barriers to worship. As a result, they will launch Epic Life Church, a place of purpose, freedom and kingdom cultural impact. It is a place where people can worship Till the Walls Fall Down. They are located in Orlando, Florida.

Martha Munizzi has recorded almost 100 song titles.  In closing, allow me to share a poetic psalm constructed from some of those song titles.

Praise Him! He’s a Mighty God!

Dance! before the Ancient of Days.

If there is No Limit;

To what, you’ll do for Him;

There is More Than Enough;

Of what He’ll do for you.

So, Lift Him Up,At all times;

I hope this article has been a blessing to you. Please share your comments, we would love to hear from you. Read more Christian articles at KNCB.ORG and be encouraged by Christian music videos online. Be uplifted by sermon videos and hear great gospel preachers and teachers, such as Morris Cerullo. Thank You So Much! God Bless You!