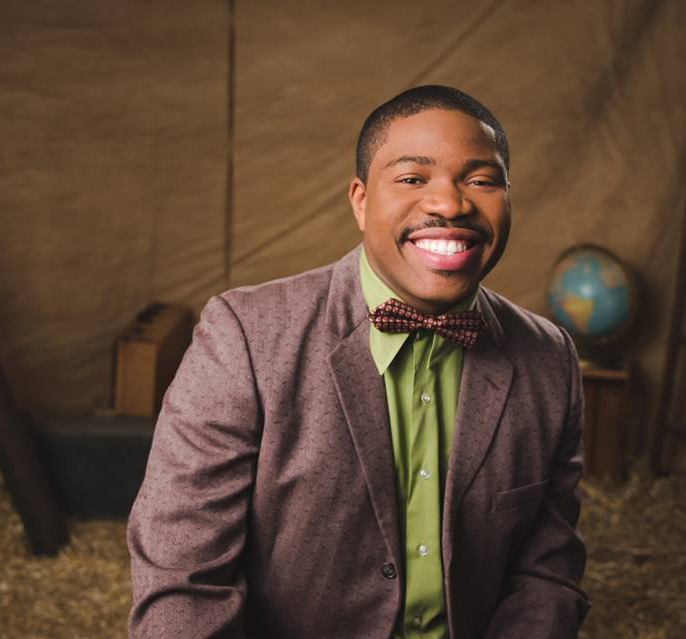 This is Your Miracle Year. Read about the global missions ministry of Prophet Brian Carn a young televangelist, faith healer, musician, and singer. Find out about the catalyst behind this burst of sunshine from the Sunshine State, Jacksonville, FL. Experience the prophetic move of God through this straightforward teacher and preacher. One Word From a Prophet Can Change Your Life, Forever!

Prophet Brian Carn was born on September 11, 1989. He accepted the Lord in his life at the age of 8. Shortly after, he was born again by the Holy Spirit. Though very young, God began to work in his life rapidly and mightily. He began to share the love of Jesus. At age 12, God used the passionate young Brian in a three-day Pentecostal revival meeting. Today, Brian ministers the good news to people of all races, cultures, and denominations.

Prophet Brian Carn wanted to see the fire of God return to the local church with signs, wonders, and miracles. He was passionately hungry for a purifying and prophetic move of God among his people. An uncompromisingly capable preacher and teacher of Bible holiness, he wanted the Glory of God to be revealed versus “having a form of godliness….” (2 Timothy 3:5-7).

With unrelenting determination, the future Prophet Brian Carn entered consecration. He set aside 88 days to seek the Lord concerning this plea. During this period of prayer and fasting, God led him to a Florida crusade. Benny Hinn prophesied a duplicate, but double, receipt of his anointing and mantle on Brian. Young Brian Carn’s itinerary would never be the same. Years later he would be invited to minister alongside Pastor Benny Hinn at worldwide Christian faith crusades. Brian was also inspired by reading Good Morning, Holy Spirit by Pastor Benny Hinn.

“In all thy ways acknowledge him, and he shall direct thy paths.” (Proverbs 3:6)

Prophet Brian Carn set out to fulfill the call to the Great Commission on his life. His rounds on the evangelistic circuit began to take place immediately. The spirit of prophetic dominion took him to the Old Dominion state of Virginia. In 2006, a Sunday morning service turned into another 3-night revival. The 3 nights became 10 weeks.

The healing anointing, the spirit of accuracy and excellence was on Prophet Brian Carn. Cancer left. Blind eyes opened. Emotions were healed. Many received the gift of salvation. It reminded you of the Azusa Street Revival days of William Seymour. The atmosphere was a breeding place for miracles.

God continued to use Prophet Brian Carn in prophetic encounters. His next evangelical assignment was in the Great Lakes state of Michigan. In 2008, the 1500 seating capacity of the Saginaw sanctuary was almost doubled. The Presence of the Lord moved mightily at Victorious Believers Ministries. God granted favor in the area of legal settlements, supernatural debt cancellation, property, living accommodations, and transportation needs.

The set time for Prophet Brian Carn to be seen had come. He hosted and a co-hosted Benny Hinn’s This is Your Day on the TBN Christian broadcasting network. He was a guest at the God TV studio in Jerusalem. It was seen in the UK and the U.S. Brian has been on Richard Roberts, The Place for Miracles. Today, he hosts and has his own show “Brian Carn Live.”

Prophet Brian Carn was a guest speaker at Pastor Rod Parsley’s Dominion Camp Meeting. He has also appeared on the World Harvest Church Christian talk show Breakthrough and has had the opportunity to minister at the 100th COGIC celebration. Prophet Carn was a guest at Canada: Night of Miracles with Prophet Kofi Danso. You can watch Brian in sermon videos on online Christian video channels. Also, hear his audio sermons on Christian radio stations online. Finally, Prophet Brian Carn has a comical but serious sense of humor. Proverbs 17:22 tells us that

I close with one of his favorite quotes. It references the importance of trusting the accuracy of the prophetic anointing on his life.

“If I tell you a television is in your backyard, if it’s not there when you get home,
call the police. Somebody stole your television.” Prophet Brian Carn

See more Christian articles at KNCB.org or watch Christian music videos. The feast of the Lord is going on. Get your “amen” ready. Listen to sermon videos at Say Amen TV or enjoy safe family-oriented Christian entertainment. Watch a free and exciting Christian movie online. God Bless You!