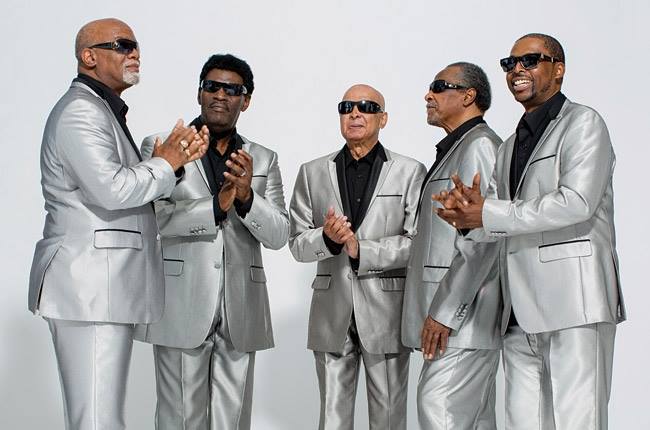 Faith Moves Mountains! Believe it! Ask top international gospel music artists The Five Blind Boys of Alabama. What was their driving force?  What motivated these traditional black gospel singers to put on their Traveling Shoes? Learn how these gospel legends made it to Higher Ground, after seven decades. Don’t give up on your Godsent dream! You’re almost there.

The Gospel quartet group, The Five Blind Boys of Alabama, or “The Blind Boys of Alabama,” began in 1937. Life was hard during the Depression, but God’s Amazing Grace was on their lives. At age 7, their God-fearing parents enrolled them in the Alabama School for the Negro Deaf and Blind. The boys learned Braille and attended Bible Study. The curriculum also included music, trades and independent living skills.

The learning of self-reliance skills for the Five Blind Boys of Alabama included making brooms, chairs and shelves for school funds. They were also sent to sing at local churches to raise money for the school. Their song selection could only include camp songs and musical narratives. Sometimes they would sneak away to earn personal money. Alone and Motherless, discipline under their white teachers was harsh and severe. Today, the integrated Alabama School for the Deaf and Blind has been said to be a 6-star school.

Initially, the Five Blind Boys of Alabama were the school’s Happyland Jubilee Singers. Each year at least 12 students were chosen as a showcase sample from the school’s glee club. In 1944, the boys were selected for a gospel-singing tour. Southern World War II training camp soldiers were in for a treat. They were captivated but were ready to be Soldiers in the Army of the Lord and wanted to share their gospel gift of good news with the world. Founder Clarence Fountain stated, “We wanted to be popular, too.” He formed the group at age 12. The Golden Gate Quartet and the Coleman Brothers inspired them.

“I press toward the mark for the prize of the high calling of God in Christ.” (Philippians 3:14).

God Put a Rainbow in the Cloud for The Five Blind Boys of Alabama. It reminded them to keep reaching higher. At 14 years old, two of their seeing friends helped them escape. However, one eventually stole all of their money. God always provided them with a seeing eye member to help them with their Christian travel and accounting. They always began their rehearsals with prayer. Don’t Forget to Pray.

While Walking with the King, the line up of the Five Blind Boys of Alabama changed. Jimmy and Clarence are the only surviving original members. New vocalists are Ben Moore, Paul Beasley, and Eric “Ricky” Mckinnie. Musicians are Tracy Pierce(bass), Peter Levin(organ), and Ricky “Eric” McKinnie(drums/percussions). Clarence embarked on a solo career in 1969. He re-joined the group in the 70’s. When his health allows, he still travels with the group. You can listen to their free gospel music online.

Our disability doesn’t have to be a handicap. It’s not about what you can’t do. It’s about what you do. And what we do is sing good gospel music.”   Eric “Ricky” McKinnie, FBBA

O Happy Day! The gospel music excellence of The Five Blind Boys of Alabama has been greatly rewarded. With the help of mainstream producers and others, they won 6 Grammy Awards and 4 Dove Gospel Music Christian awards. They have been on the Top 100 pop charts of Billboard and are receipts of the Helen Keller Achievement Award for the Blind. They received a Survivorship Award from Queen Noor of Jordan. Hillary Clinton presented the NEA National Heritage Fellowship Award to them and were invited to sing for Presidents Clinton, Bush and Obama. They are Gospel Music Hall and Alabama Hall of Fame inductees.

The early years of the Five Blind Boys of Alabama were promising but hard. The Christian vocal band recorded their first single in 1948. “I Can See Everybody’s Mother But Mine.” It was on the Coleman label. Record companies began to capitalize on their spectacular talent. The group made some money but the companies made the most. However, they decided to Run For a Long Time. Their Holdin’ On or faithfulness would provide money and more than money could buy. The Blind Boys of Alabama received at least 20 more non-Christian and Christian recording contracts.

The gospel music styles or genres of The Five Boys of Alabama are old time black gospel, southern gospel, contemporary Christian gospel and country gospel. Blues are not allowed. However, some songs include jazz and R&B overtones with a spiritual message.

Everybody’s Going Somewhere. The joyful gospel sound of The Five Boys of Alabama went beyond black church walls. Swing Low, Sweet Chariot!  Their Faith and Grace traditional gospel sound began to be included in secular music plans. Non-Christian singers, musicians and producers begin to include them in movies and television series. For example, one of their gospel songs was featured on the soundtrack for the movie, Fighting Temptations.

The Christian singers, The Five Blind Boys of Alabama, have performed at the Philadelphia Folk Festival, the King Biscuit Festival and The Colorado Boulder Theatre. They appeared in a Pulitzer Prize and Tony Award musical, The Gospel at Colonus. It stayed on Broadway for 15 weeks. They have appeared at Carnegie Hall, the Knoxville Fair and various Christian venues. Wonderful Jesus!

When the Lord Get’s Ready, You Got to Move. The busy schedule of the Five Blind Boys of Alabama involved giving back. To Reach Out and Touch Somebody’s Hand, they performed for Martin Luther King benefits programs. They attended the Selma to Montgomery March alongside Kirk Franklin, Danny Glover and others. They also sang for Katrina Hurricane and Alabama tornado benefits.

Looking Back, the 70-year discography of The Five Boys of Alabama is remarkable. Their 78 rpm’s became LP’s. Their records became 8-track and cassette tapes. The tapes became CD’s and DVD’s. So far, they have recorded at least 20 albums, 3 DVD’S & Videos, and has participated in at least 50 compilations. They have over 300 song credits. The Hands of the Lord is still upon them and are still recording today. See their gospel video playlists or listen to them on our Christian channels online.

The Five Blind Boys of Alabama believe in touching lives. The global mission of the gospel group is to spiritually uplift audiences by sharing the love of Jesus through song. Today, they continue to Reach Out and Touch Somebody’s Hand, somebody’s heart or somebody’s life. In a nutshell, their goal is stated by their popular friend, black female gospel singer, Mahalia Jackson.

“If I can help somebody, as I pass along.

If I can cheer somebody, with a word or a song,…

Then my living shall not be in vain.”

“A gift is meant to be a blessing to others.” Leave us your comments, we love reading your responses. See more Christian articles about people, places and things at KNCB.ORG.  Listen to great men and women of God like Bishop Paul Morton and Pastor Sheryl Brady on Say Amen TV. Watch a free online Christian movie. Continued Blessings to You and Yours.