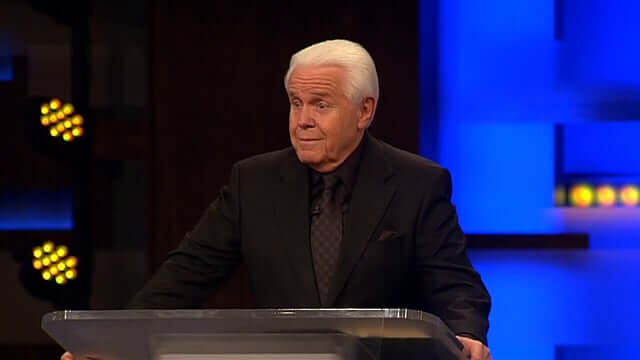 Run Toward Your Giant! Jesse Duplantis was born on July 9, 1949, in Houma, Louisiana. He was raised as a Cajun Catholic. Today, Jesse is a Protestant Charismatic Christian pastor. By the same token, Jesse is a televangelist and preacher. He is also a great conference speaker and businessman.

He accepted the unconditional love of Jesus Christ. Jesse’s life would never be the same.

Jesse Duplantis began preaching the Christian gospel message of One World, One Vision, One Goal, World Evangelism. He started Reaching People, Changing Lives, One Soul at a Time. He began Jesse Duplantis Ministries, the local Covenant Church, and other evangelistic projects. He speaks at motorcycle rallies, global conferences, revivals and Christian colleges.

The news about the world’s happiest and hilarious Holy Spirit-filled preacher, Jesse Duplantis, was getting around. He was on the TBN Christian television network with John Hagee, Paul Crouch, Jan, and Cathy. Hagee referred to him as the Apostle of Joy due to his sanctified sense of humor. As a result, over 3 billion people in 300 countries view his broadcast. Jesse was told that husbands, children, preacher-haters, and non-church-goers love to watch him preach.

Jesse Duplantis is also a published author. He has written over 30 books. They are available in Braille and 13 languages. The Everyday Visionary, The Ministry of Cheerfulness, and Distortion: The Vanity of Genetically Altered Christianity are three customer favorites. Jesse has also published a cookbook, Jambalaya for the Soul. It contains 51 funny Cajun stories and Bayou recipes. Also, the JDM Voice of the Covenant Magazine features writings by him and his wife, Cathy.

The 36-year evangelical career of Jesse Duplantis includes humanitarian efforts. He is the director of Christians United for Israel. He opened the Covenant Compassion Center for Hurricane Katrina victims. Jesse founded the JDM Institute for Global Leadership and Evangelism. In 1999, he was awarded an honorary Doctorate of Divinity degree from Oral Roberts University.

Furthermore, Jesse Duplantis is a proactive visionary. He believes the anointing is timeless. In 2012, he began the Legacy Project. Surely his 8,000 anointed sermons will be preserved for future generations.

Jesus can help anybody. Peter would cut you, cuss you, and pray for you. Judas was stealing the money. John liked lying on Jesus’ chest. Thomas had a problem with unbelief. Jesus was patient. These misfits became world-changers. God will help you, too, if you let Him.  _ Jesse Duplantis