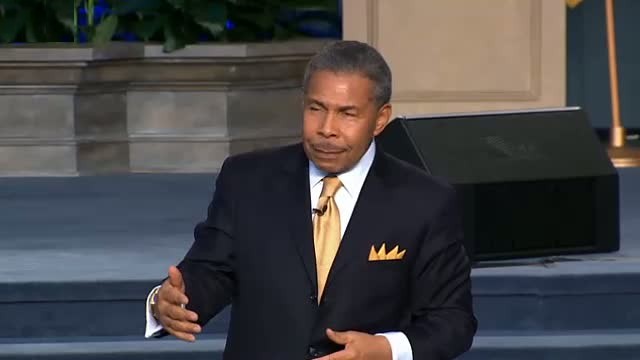 If you live in faith, it doesn’t matter how much it costs. William Samuel Winston or Dr. Bill Winston is a teacher, preacher, visionary, author, CEO, and global humanitarian. He was born in Tuskegee, Alabama to Christian parents. As a child, Bill was surrounded by mentors. They were teachers, Tuskegee Airmen, doctors, and scientists. He wanted to be a world changer, too.

After rising to the top in business and aviation, Bill Winston had more goals. God had other plans. He accepted the gospel of Jesus Christ. The evangelistic call led him into full-time ministry. Bill and Veronica traveled from Minnesota to Chicago on weekends. Small-scale Christian Crusades were held at a Chicago Quality Inn Hotel. In spite of the task at hand, they remained faithful to their call to worship. Finally, similar to the Abraham Movie, Bill received a word from the Lord. With $200, and a leap of great faith, he moved his family to Chicago.

Bill Winston Ministries(BWM) was founded by Pastor Bill Winston. Next, he began his global missions international outreach, Faith Ministries Alliance (FMA). It provides a fellowship arm for almost 40 worldwide churches and ministries. Pastor Winston launched The Believer’s Walk of Faith program. It is seen on Christian television networks in almost 1 billion homes. His messages focus on how to live the abundant kingdom life. His teachings are also reflected in his books. Harrison House published 3 bestsellers, Law of Confession, Transform Your Thinking, Transform Your Life, and The Kingdom of God in You. Dr. Bill Winston has almost 20 self-published books.

Under the Godsent leadership of Dr. Bill Winston, a 20,000 member Living Word Christian Center was erected. The church choir won the 28th Stellar Gospel Music Award for Traditional Choir of the Year. He founded The Living Word School of Ministry and Missions, the Joseph Business School, and the Living Word Christian Academy, the Bible Training Center. Dr. Bill Winston is also the KEO( Kingdom Executive Officer) for New Covenant Community Development. Its enterprises include the Washington Plaza and the Forest Park Plaza Mall.

There is a wall of separation between the blessing and the curse. Use your tongue to choose life. If facts don’t line up with heaven, they have to be changed by what you say. _ Bill Winston