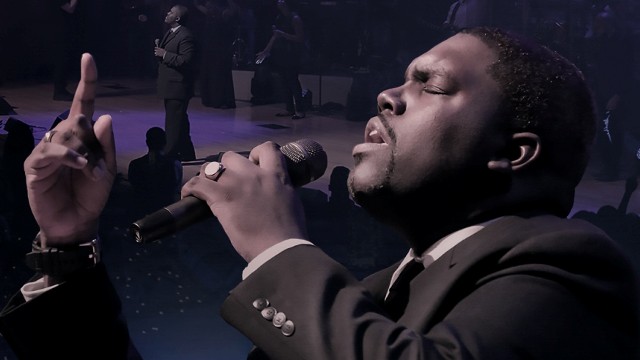 Praise Him. If I don’t do it, He’ll find someone who will. William McDowell is a musician, singer-songwriter, praise and worship leader, teacher, preacher, and businessman. He was born in Cincinnati, Ohio on August 31, 1976, to Lewis and Pauline McDowell, formerly of North Carolina. Young William was being prepared for his call to worship. He started piano at age 5. William began playing drums at 13 and the organ at 16. He was an anointed worship leader at 18.

God had the attention of Christian marketing entrepreneur, William McDowell. He realized his ministry calling. William enrolled in business at Full Sail University in Orlando, Florida. He earned a degree in Entertainment Business. The future global worship leader was mentored by Ron Kenoly and was his keyboardist and music minister. Next, William opened a music studio, The Delivery Room. His first self-produced album was entitled The Reason I Live.

The music projects of William McDowell appear on Billboard, secular, gospel and independent charts. He has recorded at least 50 songs, 5 albums, and 20 singles with Entertainment One. I Give Myself Away, Withholding Nothing, and other recordings were preceded by 40 days of prayer and fasting. The anointing took over the session. Unrehearsed songs were added, too. William sings urban, gospel, contemporary praise and worship.

The lyrics of William McDowell invite the younger generation to experience the presence of God. Several of his songs highlight surrender and obedience. Creative miracles happen at his global missions concerts hosted in almost 40 countries around the world. After hearing 3 songs, Guyana’s president led his country back to God and a deaf man was healed in Guadeloupe.

Though younger, the Marvin Sapp contemporary, William McDowell has received several awards. He’s won Grammy and Stellar nominations. In 2014, he opened his new church, Deeper Fellowship Church, in Orlando. Its motto is Disciple, Equip, Empower, Prepare, Encourage, Release. He believes God called the local church to impact cultures outside the walls through a deeper relationship. Watch Sunday sermon videos and listen to audio sermons by Pastor McDowell. William married LaTae and they have 4 children Joshua, Olivia, and Caleb.

The best you can do is prepare your heart and be obedient…you have to be willing to become invisible. It’s never about you. Nothing in service is about you. People aren’t coming to see you. They are coming to experience God.  _William McDowell

Read and be blessed by more Christian articles at KNCB.ORG. When the unexpected happens, have church at home with Christian sermons. Watch our best Southern gospel music or quartet videos. Enjoy free Christian movies online. Blessings!