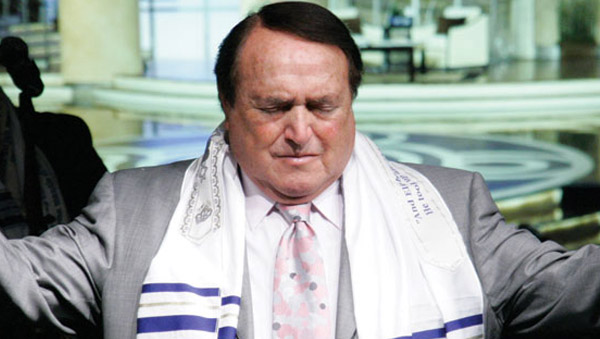 Born on October 2, 1931, in New Jersey to a Jewish- Italian family, Morris Cerullo was raised in a Jewish orphanage. When he was two years of age his parents perished in an automobile accident. By the age of 14, his belief in Jesus Christ had become apparent and began preaching the gospel at 16 years of age. After graduating divinity school in 1953, Morris Cerullo began ministering with Theresa, who would later become his wife. They have three children, David, Susan, and Mark.

Morris Cerullo preaches conferences in outdoor crusades and leads the people to follow Jesus as their Lord and Savior and encourages them to have faith in God. He never took the credit for the healings that took place, but that is was Jesus Christ. He still travels as a missionary to many countries even today. Many people have received sight, the deaf have had their hearing restored and the lame are now able to walk. These are some of the miracles that our Lord actually did that you can watch in the Jesus Christ movie.

Morris Cerullo purchased and founded The Inspiration Network and his son David is President and CEO, which was once PTL’s cable tv network, Heritage USA. Two honorary doctorates from Florida Beacon College and Oral Roberts University were received by Dr.Cerullo. He has written over 200 books, devotionals and study bibles.

In 1976, Dr. Morris Cerullo was the only white minister during Apartheid to share the mighty miracle-working power of God and teach how Jesus Loves You. He has trained many people from nations around the world. The World Prayer Center was established in 2002 in San Diego and in 2012 he traveled to six countries in 20 days conducting meeting and training Nationals. Dr. Myles Munroe and many others such as Benny Hinn have been guest speakers at his conferences. Kenneth Copeland joined him as guest speaker at the 41st annual conference.

Dr. Cerullo is truly a man who has dedicated his entire life to bringing people the love and healing of Jesus Christ and the training so that others can be effective in reaching the lost. Morris Cerullo has equipped many Christian leaders to reach the masses. Some of their accomplishments include a 35K seat church in Nigeria. Pastor Ayo Oritsejafor also founded the African Broadcasting Network. Pastor Mohan Babu, India has established 300 Christian churches in India.

In May 2015, Morris Cerullo received the Lifetime Global Impact Award, which was presented by Oral Roberts University President. Let’s keep his prayer as he continues being steadfast in his mission for the Lord in equipping the Saints and preparing for Jesus Second Coming.