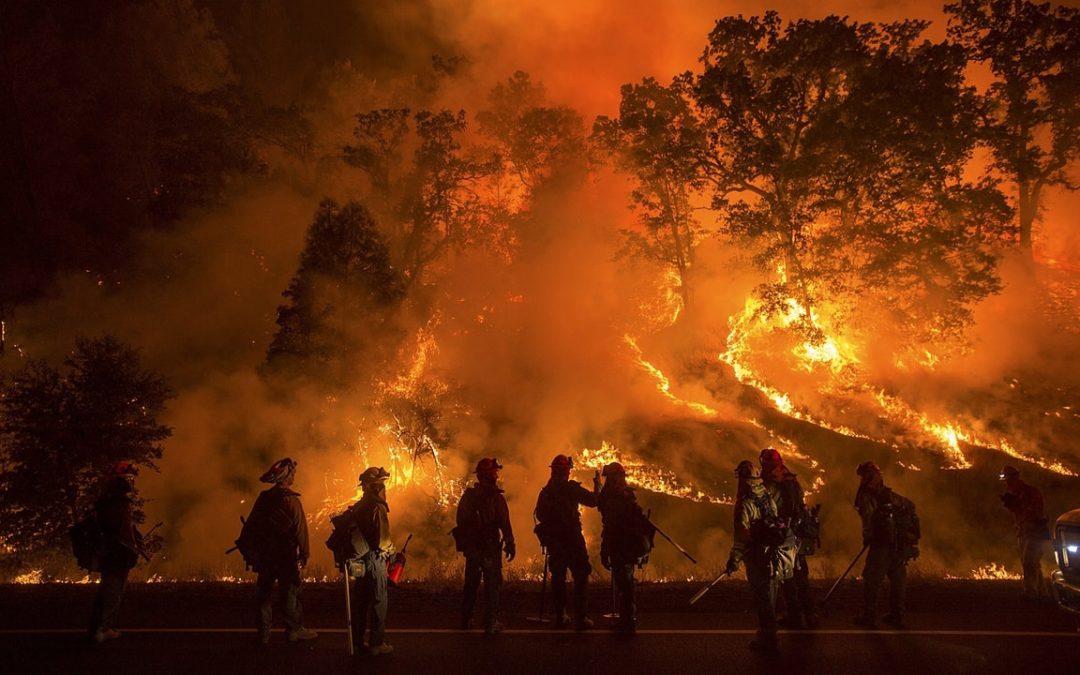 As of October 16, 2017, the official death toll from the California wildfires was 40. The “death toll,” yes, you read that correctly.  Many more are still missing.  The fires are fueled by extremely strong Santa Ana winds and very dry conditions. And, the 22 named fire complexes in northern California have created an apocalyptic scenario.

Think about it this way. They are devastating enough to divert the attention of national media away from the Las Vegas shooting and US Special forces killed in Niger.  Yet, the ravages of recent hurricanes in the Caribbean and Texas, executive orders from the White House, and the fall of one of Hollywood’s most notable producers. They are that big.

Earlier this year, the states of Washington, Oregon, Idaho, and Montana experienced wildfires that were record-setting. Montana alone lost nearly 1.3 million acres due to summer fire activity. The fires burning in northern California have only scorched 213,000 acres. The fires in Montana had very little media coverage, but the California fires are being analyzed hourly. What’s the difference?

The fires in the northwest were mainly within forested public lands with a sparse population density. The fires in California are marching across some of the most iconic residential areas in the state. This includes the unique wine country of the Napa Valley. More than 5,700 homes and structures have burned, and the city of Calistoga has been reduced to ghost town status.

Sudden changes in wind velocity, power line destruction, and interrupted communication networks are being blamed for the largest share of the deaths in the California wildfires. Many people are unaware of the fire behavior or are failing to heed the evacuation orders of local authorities. Unfortunately, wood, brick, metal, and concrete are no match for the all-engulfing power of fire.

There is no way to accurately express the horror and sadness that accompanies a disaster. Furthermore, the reality of losing family members and property because of things like firestorms is very foreign to most people. The bible gives us examples of signs of the end times, but some are blind to scripture. Intercessory prayer is imperative during the signs of the end times. The lost need understanding in eternal salvation. A great comfort to people watching the progress of the fires on TV should be knowing that many of the victims could have been Christian. Though their physical lives were cut short, they are now in paradise.

As the nation prays for California, people who have lost loved ones, and the brave firefighters in battle, one Bible passage should be in focus.

California wildfires are both moth and thief! Losing a beautiful home, a car, a business, or a vineyard pales in comparison with losing a life. Trust that God will guide the decisions of the state and federal organizations fighting the fires. Trust that God will compel residents within the area of impact to listen to evacuation warnings. Pray earnestly for rain!

First, praying for all people in all countries, for different circumstance should be a priority. Second, it takes just a few words and a few minutes. Those who are called to prayer have always had their work cut out for them. But, it takes all of us. Furthermore,  give of yourself, sow a seed. The Christian social media network at Kingdoms Network Christian Broadcasting accepts prayer requests. Submit those of loved ones and friends today.

Share a link to watch free Christian movies to those who need Jesus. What He did for us all can never be repaid.  Maybe now is a good time to introduce them, especially with so much going on.