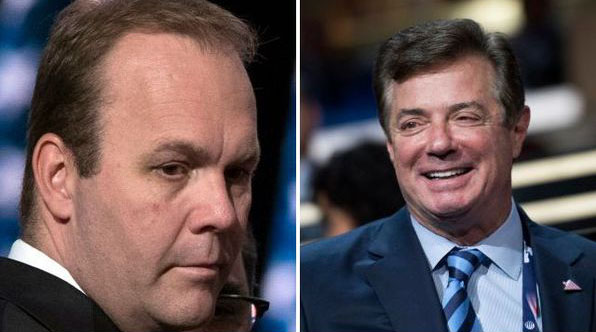 The indictment of Campaign Aides

After several months of special investigations and legal wrangling, two men with extremely high profiles have been indicted for crimes loosely associated with President Trump’s election campaign. This week, special congressional counsel Robert Mueller issued an indictment of campaign aides Paul Manafort and Rick Gates III. They were indicted for the crimes of money laundering and collusion with a foreign government.

The indictment of campaign aides is fueling anti-Trump partisan efforts. Particularly because it highlights concerns about foreign intrusion into the 2016 presidential election results. It is also fueling pro-Trump efforts because the accusations concern the professional actions of Manafort and Gates prior to their formal involvement in the Trump campaign.

Politicians on the left side of the political aisle are hoping that the indictment of these two men will lead to concrete evidence that President Trump took part in unsavory foreign relations. Politicians on the right see this as an issue that is separate from the details surrounding last year’s election. Both Manafort and Gates were active and prominent legal professionals prior to their involvement with the Trump campaign. Their legal careers are diverse and internationally involved.

The Outcome for Manafort and Gates Yet to be Determined

The American population is perceiving this latest legal action against Manafort and Gates as a side event. The actions of these men may have led to a foreign influence on the election. That is yet to be determined. No matter the outcome of this investigation, Christians should have faith in God.  Also, to remember two passages from the Bible. The first is,

“Besides that, they learn to be not only idlers, but also gossips and busybodies, saying what they should not.” 1 Timothy 5:13 ESV

Yes, this passages is primarily directed to women who are in search of ideal family situations. It also applies to other people with personal motives. Much of the thrust of this investigation came about by loose hearsay in all sectors of government. It has grown to have massive implications for all Americans. Christian leadership is vital in every aspect of government and in the homes of all Americans.

The second passage is much more universal. It covers the truth that God is in control of all matters. No matter how a special investigation affects current events, the outcome is God-sanctioned. There is a command given to those who understand that the most difficult political situations will be resolved in accordance with God’s higher purpose.

“First of all, then, I urge that supplications, prayers, intercessions, and thanksgivings be made for all people, for kings and all who are in high positions, that we may lead a peaceful and quiet life, godly and dignified in every way.” 1 Timothy 2:1-2 ESV

This call to intercessory prayer during end times highlights the route everyday people can take to restore quality and peace in their governments. This is true even when the complicated tentacles of the legal system become involved. It’s also true when it involves ideological divisions that seem to be insurmountable. Joining faith-based Christian groups online enable those that are called specifically for intercessory prayer, to come together.

As the details surrounding the indictment of campaign aides become too complex to understand, know that intercessory prayer for people in authority is a powerful and proactive tool that all people can utilize. When the nightly news is filled with things that everyday people are alienated from, but ultimately affected by, give it to God for resolution. Who, in the end, is the final authority on what is just and correct?

Contact or mail KNCB.org at info@kncb.org for more information on how to build relationships in a Christian business network and Christian community. Register today to start broadcasting your church ministry or Christian business.