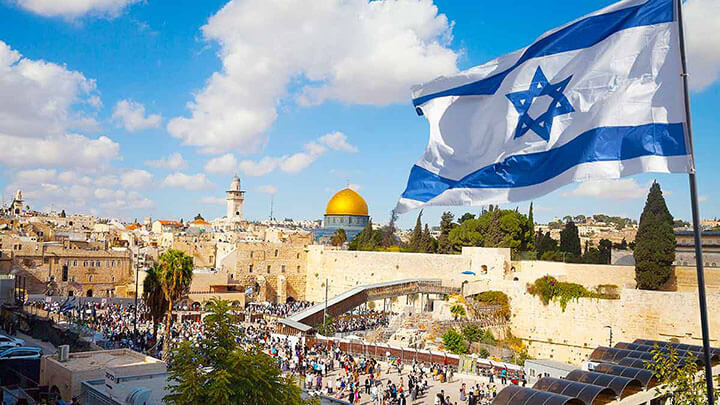 Jerusalem Is Recognized by US as Capital of Israel

The President of the United States, Donald Trump, has formally declared that Jerusalem recognized by the United States, instead of Tel Aviv, as Israel’s national capital. Plenty of people are revisiting their old Book of Revelation Sunday school lessons about signs of the end times.  They are refocusing their personal positions on the conflicts in the Middle East and wondering how this move matters in the scope of modern world events.

President Trump made this declaration largely as a promise-keeping maneuver to his conservative base. The truth is, that largely Christian conservative base is very much aware of the significance that Jerusalem plays in the realm of Biblical prophecy. The emergence of a New Jerusalem, whether as an end-times allegorical monument or a pertinent player in modern world events, is incredibly important for many people groups throughout the globe.

Jerusalem Is Recognized as Capital

If Jerusalem is recognized as a Jewish capital, it will alienate many non-Jewish people from their belief that the city is a living symbol and center of multiculturalism. Jerusalem is recognized for having the largest western economic and military power as an Israeli territory. It now provides the fuel for rancor and resentment in Arabic and Muslim communities. The eventuality of Jerusalem being officially associated with the Jewish state, however, is something that all Middle Eastern groups understand as being important to events surrounding the details of the end times.

It’s certainly in the minds of many Christians that intercessory prayer was powerful in turning the outcome of last year’s American presidential election. The winner of that election, Donald Trump, is now answering the silent referendums that accompanied his win over a candidate who is much less responsive and concerned with Israel’s irreplaceable role in the world.

“There are major moments in the history of Zionism: the Balfour Declaration, the founding of the state, the liberation of Jerusalem, and Trump’s announcement yesterday…”

Still, millions are wondering about the bottom line concerning this twist in the relationship between the United States and Israel.

Israel is the only truly democratic state in the Middle East. It is being threatened militarily and culturally by almost every other state in that region. Under previous presidential administrations, the United States has been hesitant to show favor toward Israel for fear of upsetting other nations. The current president, his administration, and a vast percentage of the American population see Jerusalem as the historic and proper capital of Israel.

US Sides with Israel

Officially, nothing has changed except titles on important pieces of paper. Symbolically, the largest superpower on the planet has sided with the Jewish state on all matters involving territory disputes, Semitic heritage, and the unfolding of prophetic events.

Israel has a long history of being favored by the Creator of the Universe Himself. Any nation that aligns itself with Israel has also experienced this favor. President Trump’s declaration might have enraged every anti-Israel entity in the Middle East, but it formally boosts the United State’s desire for intimate association with the righteous side of history.

Already, antisemitic groups throughout the world have indicated that because Jerusalem is recognized by the U.S. as Israel’s capital, the strong opposition will occur. Fervent intercessory prayer to God specifically concerning the safety of the people of Jerusalem is a powerful tool against this hatred. Though horrible actions are sure to litter future nightly news headlines, they will only highlight that President Trump’s move to bring America closer to Israel was a timely and incredibly wise decision.

Now is the time for believers in Christ to pray fervently for our brothers and sisters, Mothers and Fathers. All family members and friends, nations and the world. You can add names to the prayer list at KNCB. Visit our Christian community to register and start your own group. Let’s all make an effort in getting the job done that the Lord has given us. The world needs our help.