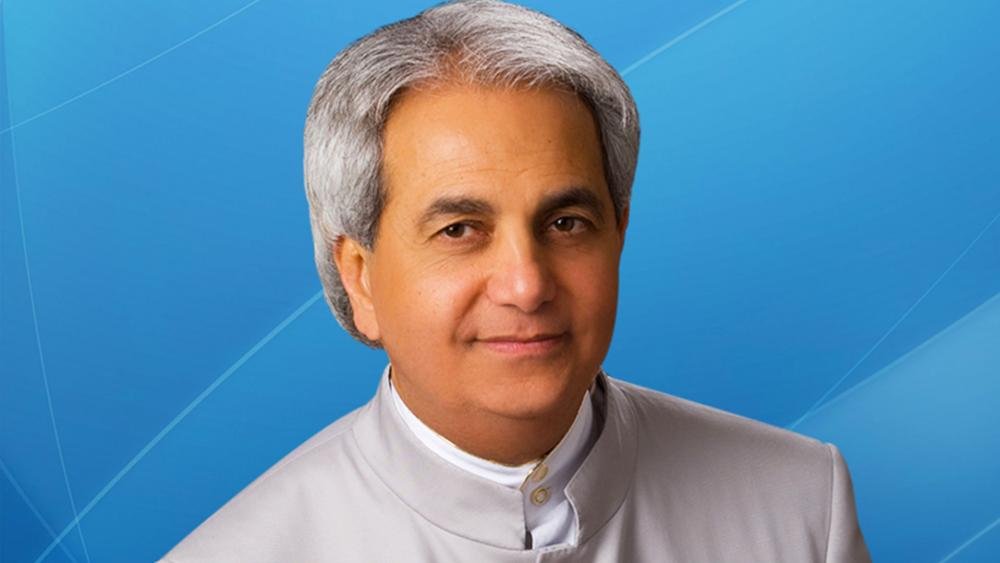 Do You Believe in Miracles?  This Is Your Day!  Read about the worldwide ministry of Benny Hinn. Learn how this bridge builder’s ministry began. Find out how his ministry was able to cross cultural, economical, and denominational barriers.

Benny Benedictus Toufik  Hinn is a renowned televangelist, author, faith healer and teacher. He was born on December 3, 1952, in Jaffa, Israel. Jaffa Israel is about an hour from the Jerusalem Holy Land. Benny’s parents are Costandi and Clemence Hinn. His father was the mayor of Jaffa. They are of Greek, Palestinian and Armenian descent. Benny has 5 brothers and 2 sisters.The Hinns were devout Eastern Orthodox followers. Though firm in their faith, Benny attended a private Catholic school. Unknowingly, he was Training for Ministry.

The Arab-Israeli War began when Benny was 15 years old. His father moved the family to Canada. While there, Benny met a group of Jesus followers who were really on fire for the Lord. Somewhat hesitant, at first, he became interested in their teaching. Benny was “souled.” He converted to Pentecostalism. His family was not pleased.

Benny Hinn was treated as an outcast by them. How could he leave the faith of his family’s heritage? They thought they were right. He thought they would be happy. He found out that he was wrong about how they would react.  Later, some family members, including his mother, eventually came to the Lord.

Canadian Dr. Winston I. Nunes mentored Benny Hinn. The miracle ministry of Christian evangelist Kathryn Kuhlman also had a major impact on his life. He traveled on chartered buses to several of her services. In 1973 he felt the “full power of the Holy Spirit.” It is believed that her mantle of anointing was transferred to him. His life would never the same. He Touched Me!

Two incidents influenced Benny Hinn’s answer to the clarion call. First, he saw a vision in April of 1974. People were falling into a fiery inferno. He heard these words. “If you do not preach, every soul who falls will be your responsibility!” In December 1974, nine months later, he answered his call to preach. On his 22nd birthday, Benny was healed from stuttering during his first sermon. During his childhood, he was a bright, shy and withdrawn student due to stuttering. I Am the God that Healeth Thee.

Nine years later, Benny Hinn founded the Orlando Christian Center. Healing service crowds exceeded the church’s capacity. Weekly congregants totaled 12,000. Services had to be moved to auditoriums and stadiums. Today, at least 10 million have attended global crusades. He has ministered to at least a billion people since the beginning of his ministry. A three service crusade in India that totaled at least 7 million is said to be the largest. Miracles such as injuries, blindness, deafness, cancer, AIDS, crippling diseases and others happen at every service. Blessed Be the Name of the Lord!

In 1989, miracle crusade services of Benny Hinn began to be televised. This Is Your Day, a 30-minute talk show, was launched in 1990. The program can be seen in over 200 countries. It is featured on Christian broadcasting networks.  See his interviews, lessons and healing crusades in Christian magazines. Hallelujah! What a Savior!

The Christian crusade teaching practice of Benny Hinn is in a class by itself. His Holy Fire revival meeting teachings are evangelistic and charismatic. Faith healing, financial prosperity, spiritual gifts and Word of Faith are stressed. See evidence of them in his 12 publications.

Anointed music ministry is a “must have” in the miracle healing services of Benny Hinn. Anointed songs like “Holy Spirit Thou Art Welcome in This Place,” sets the atmosphere for miracles. Several praise and worship music artists have shared the platform with him. For example, Judy Jacobs sang at a Benny Hinn Crusade in California. Micah Stampley offered a worship song at a Phoenix, Arizona crusade for Benny Hinn.

God is Good All the Time. In 1999, Benny Hinn became a full-time teacher-crusader. Pastoring was a thing of the past. Clint Brown would pastor FaithWorld, the former Orlando Christian Center. Benny opened his new headquarters, World Healing Center, in Grapevine, Texas. A ministry-owned television studio was opened in Aliso Viejo, California. The Hinns moved to Orange County, California.

The anointing of favor with God and man is on the life of Benny Hinn.  He has been in the presence of kings, prime ministers and heads of state. Evander Holyfield’s left heart ventricle was healed in one of his faith healing events. However, he still believes in teaching the unadulterated No Other Name message of the gospel. His message remained uncompromised and unchanged. He is committed to carrying out the Great Commission.  “Go ye into all the world, and preach the gospel to every creature.”(Mark 16:15).

Finally, Benny Hinn is an outstanding author. Three of his bestsellers are Good Morning, Holy Spirit, Prayer That Gets Results, Blood in the Sand and Lamb of God. He is married to Suzanne Hinn. Look What the Lord Has Done. They have 3 daughters and one son. They are Hannah, Josh, Jessica, and Natasha. They also have two grandsons and two grand-daughters.

“The reason people lose their healing is because they begin to question if God really did it.”

We hope you were inspired. See more Christian articles on people, places and things at KNCB.ORG. Watch Christian music videos and be encouraged by good preaching and teaching sermon videos at Say Amen TV. God Bless You!

More grace i was blessed ,may God bring me to that level ,GOD INCREASE THE MINISTRY

Ask and ye shall receive! Amen

Comment…GOD BLESS MINISTRY,MAY GOD TAKE ME TO THAT LEVEL AMEN