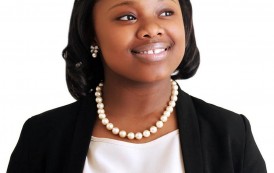 Dated back to the 17th Century, the number of gospel music artists continue to grow. “Modern gospel” music today is known as praise and worship or “contemporary Christian music.” Gospel music has become very popular all around the world.

John Newton was a sailor in the Royal Navy and later became a captain of a slave ship. In 1748, John had a spiritual encounter with God when he cried out due to a severe storm. This would be the beginning of his conversion to Christianity. He compiled the ever famous gospel song, “Amazing Grace.” It would later be connected with the abolition movement. In 1874 Phillip Boss released a songbook. It was at this time that the term “gospel song” was introduced.

Quartets singing a Capella, was sung by the Five Blind Boys of Alabama during the 1930’s. And, in the 50’s, the first Gospel Music Festival, produced by Joe Bostick, was held at Carnegie Hall.

As we progress into the 20th Century, many well known artists have emerged such as:

Kirk Franklin who sings a multiple of genres, Andrae Crouch who adds a bit of jazziness, and Vicki Yohe, a soulful gospel music artist whose music delights your soul. Whatever flavor of gospel music gets your feet stomping or hands clapping, the end result is magnifying our Lord and Savior.

KNCB now offers Podcast Services to Gospel music artists for $40 per month. All accounts will be on a recurring basis, payable through Paypal. Paypal account not required. Register today for your FREE personal profile in the Christian Community and start a following.