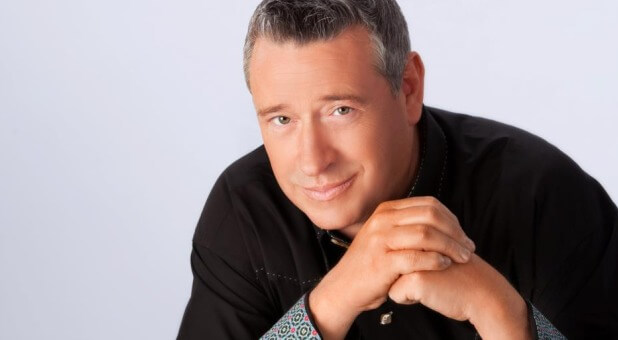 It’s Breakthrough Time! Rodney Lee Parsley is an international pastor, teacher and evangelist.  He was born in Cleveland, Ohio on January 13, 1957 to James and Ellen Parsley.  Raised as a Free Will Baptist, he was born-again at Ohio’s Christian Center Church.

The mega-ministry of Dr. Rod Parsley began with 17 in his parent’s backyard as a Bible study. Sunset Chapel and Word of Life became World Harvest Church. He named it after his Pentecostal mentor, Dr. Lester Sumrall. Today, it is a 5,200 seat sanctuary. At least 10,000 attend weekly.

The 57-acre mega-church vision of Dr. Rod Parsley also contains an auditorium and business offices. It houses a ministerial resource center, a college, a K-12 Christian school and youth activity accommodations. The television studio for “Breakthrough” is also onsite. Breakthrough can be seen on cable, satellite, and at least 1,400 television stations. His Sunday sermons are  broadcasted on Christian Broadcasting Network, globally.

The Bridge of Hope is the global missions humanitarian outreach arm of Pastor Rod Parsley. It assists the disadvantaged in nations around the world. Supplies are sent to earthquake, civil war, and other weather and war torn places. It was a First Responder for U.S. hurricane victims. Bridge of Hope is funded by viewers, members and World Harvest Ministerial Alliance churches.

Pastor Rod Parsley is also a social-political activist. He is the founder of the Center for Moral Clarity. As an Independent Christian, he champions prison reentry laws, women’s rights, and anti-poverty. He is a critic of racism, same-sex marriage and Planned Parenthood.

Some bestsellers include Silent No More, Living on Our Heads, Culturally Incorrect, No More Crumbs, and The Cross. The Man. The Tree. The Friday.  He also wrote a famous Christian sermon, “Uncensored: While Freedom Still Rings.” His newest book is God’s End Time Calendar.

Dr. Rod Parsley has a beautiful family. They, too, are active in ministry. His is married to Joni. They have two children Austin Chandler Parsley and Ashton Blaire Parsley.

In the midst of your greatest trial,

You never have to wonder if

God sees you or knows where you are.

When you feel the pressures of life,

know that you are between His hands.

He is the potter, we are the clay.

Read more articles and watch Christian music videos at KNCB.org. Be encouraged by sermon videos. Watch Esther and other free Christian movies online. May God continue to shower you with blessings!