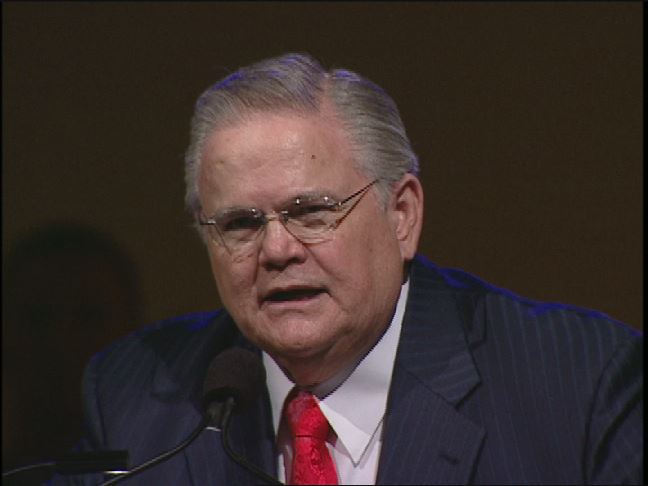 “God does not consult your past to determine your future! John Hagee was born on April 12, 1940, in Goose Creek, Texas to William and Vada Hagee. Anabaptist Mennonite pastors are in his bloodline. His father, a Humble Oil refinery worker became an Assemblies of God tent revivalist. His mother was an AOG church administrator.

As a young pastor, John Hagee was viewed as a failure in Christian gospel ministry. A garage was his first parsonage. During his first 3 years, he lived on $7,000 and odd jobs for food. When the devil said, “You’ll never make it!” he continued to hold on to his bulldog faith. The future non-denominational global pastor believed You and God determine your future, not someone else. In spite of disappointments, difficulties, and dismay he knew God’s delays are not His denials.

Today, Pastor John Hagee is a fiery Charismatic teacher, preacher, CEO, and author. The former Trinity pastor founded “The Church at Castle Hills.” The membership went from 25 to almost 2000. Cornerstone Church, a 5,000 seat sanctuary, was born. Church growth is almost 20,000. Speakers like Rod Parsley, T.D. Jakes, Joyce Meyer and others have been speakers.

John Hagee began to examine the effects of Christian broadcasting on ministry. He stated, “Paul Crouch changed the course of Christian history by building a Christian network that spreads the Gospel of Jesus Christ to the nations of the world, every day.” Believing nothing is impossible, he formed a global evangelism TV network under John Hagee Ministries. Christian broadcasts are on 10 U.S. networks, 65 TV stations, and internet radio stations. Programs can also be seen in Australia, Africa, Europe and New Zealand. At least 200 million tune-in from around the world.

John Hagee is committed to blessing the Nation of Israel. Psalms 122:6 states, Pray for the peace of Jerusalem. Those who love her will prosper. To honor God’s eternal covenant as Abraham’s seed, Hagee started Christians for Israel, the annual A Night to Honor Israel and other efforts. He received the B’nai B’rith Humanitarian Award. John has degrees in theology, education, history, and administration. He married Diana Castro and have 5 children and 13 grandchildren.

See more articles at KNCB.ORG. Be uplifted by videos of some of the best Southern Gospel or quartet music groups in the industry. See some of the best Christian movies available to watch online. God Bless You and Yours!