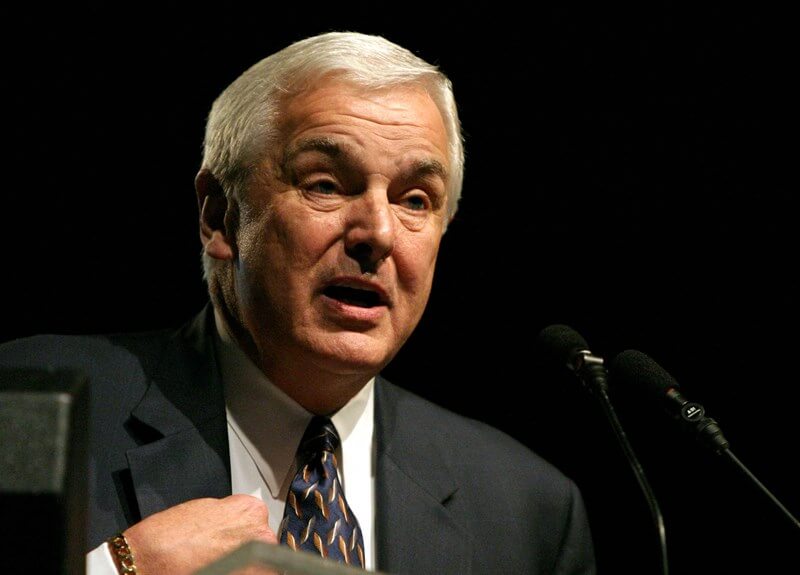 “Jesus has chosen to leave His handprints on the world through our hands.”  David Jeremiah was born on February 13, 1941, in Toledo, Ohio to Ruby and James Jeremiah. His role model was his father, a pastor and a college president.

Televangelist David Jeremiah founded Turning Point Ministries. It includes a 30-minute traditional and internet Christian radio slot, called Turning Point. The program is broadcast on over 2,000 global stations. Next, the satellite and cable Bible Hour television broadcast for Sunday sermons was launched. It has a global viewing audience of almost 200 million. The praise and worship service has Christian songs that can help you get your Hallelujah praise on.

Southern Baptist Pastor David Jeremiah has recorded audio sermons and audio books. There are almost 50 books by him in the marketplace. He addresses prayer, signs of the end times, morality, God’s love, life questions and more. Three bestsellers are What in the World is Going On?, Living with Confidence in a Chaotic World, and The Coming Economic Armageddon.

Conference speaker-orator David Jeremiah has shared the platform with trailblazers such as Paul Crouch. He spoke at the Billy Graham Training Center and was also a guest speaker at the National Quartet Convention. He is also a featured speaker at professional sports activity chapels.

As seen in the King David Movie and the Jeremiah Movie, David Jeremiah is named after an OT king and prophet. Jeremiah’s’ son was destined for greatness, too. David pursued an education in ministry at Cedarville College, Dallas, and Grace Theological Seminaries. Dr. Jeremiah has a Ph.D. and an M.S. in theology and is a former college president and chancellor.

Through the years, Dr. David Jeremiah has been recognized by various church, civic, and religious broadcasting organizations. He has awards for excellence, faithfulness, and sound teaching. David aims to teach the whole truth and nothing but the truth of God’s word. He meets people where they are in life. David loves leading them to a “turning point” toward their purpose. He married college sweetheart Donna. They have 4 children and 12 grandchildren.

“The only Jesus that unbelievers ever see on this earth is the one reflected in those who already know him. By mirroring Christ, we should be ready to turn any conversation or meeting with an unbeliever into a divine encounter.” _ David Jeremiah

We trust that this has been a divine encounter for you. Read more articles at KNCB.ORG. Listen to top Christian songs by Hillsong’s, Joel Houston or watch free Christian movies online. See You at the Top!