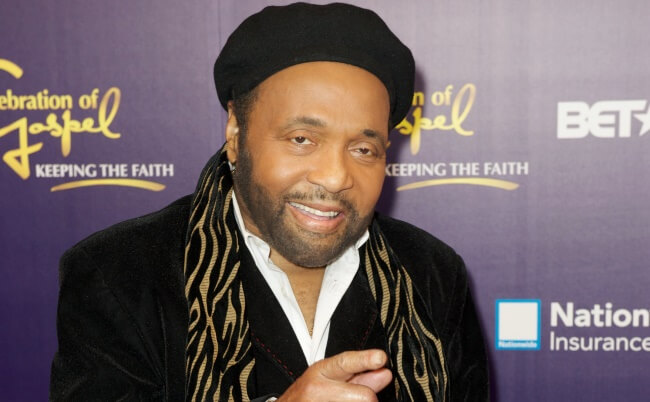 Andrae Crouch and his twin sister, Sandra were born on July 1, 1945, in Compton, California. Their parents were Benjamin and Catherine Crouch. They were of Jewish-German and Afro-European descent. The Crouches were members of the Church of God in Christ. They were also entrepreneurs who started their own Christian business. They owned a steam/dry-cleaning business and a restaurant.

The parents of the infamous Andrae Crouch and Sandra Crouch were active in outreach ministry. They preached Jesus Christ is the Way on the streets, at hospitals, prisons, and rehab centers. They also ministered on radio and Christian broadcasting stations. In 1951, Mr. Crouch, Sr. moved the family from Compton, California to San Fernando Valley, California. He started the Christ Memorial Church of God in Christ. It was formed in a garage, with 12 people.

The music ministry anointing upon the life of Andrae Crouch refused to be stopped by dyslexia and stuttering. He accepted the Lord in his life at the age of 9. Andrae started experimenting with the keyboard at age 10. At 11, he became interested in piano. Unexpectedly, the shy Andrae was put on the spot. His father needed a musician. His father anointed him and prayed. Soon and Very Soon, Andrae was playing music for the service. Andrae also played the organ. At age 14, Andrae confessed that he had been healed from stuttering.

As a music minister, Andrae Crouch wrote his first song at 15. It was entitled,“The Blood Will Never Lose Its Power.” In 1960, he formed his first music group. They were “The Cogics” or the Church of God in Christ Singers. Billy Preston was one of the musicians. Gloria Jones, a future Motown writer, was also a member. The Cogics recorded “ The Blood Will Never Lose Its Power.”

In 1965, the music group, Andrae Crouch, and the Disciples was formed. It included his sister, Sandra, and church members. Sandra and others played the drums and percussions. They were featured in California concerts. In 1969, with the help of friends, they signed with Light Records. Jesus Freaks, or Christian hippies during the Jesus Movement loved them. They also recorded with Qwest/Warner Brothers, and Verity/Jive. Finally, in 1979, members of the group went their separate ways. Andrae began his career as a soloist.

The anointing to preach the gospel was also on Andrae Crouch’s life. Initially, he wanted to become a teacher. Andrae enrolled in Valley Junior College. Later, he enrolled in Life Bible College. After realizing his music ministry call, he left college. Like his parents, he began to spread the Sweet Love of Jesus through outreach. Christian disciple, Andrae Crouch, counseled drug addicts and gang members through the Teen Challenge Program. The Addicts Choir was formed from troubled teenagers.They sang Andrae’s encouraging songs. The Teen Challenge also prepared him for future global missions music ministry tours to 68 countries.

Everything Changed. The musical compositions of  Andrae Crouch began to move beyond traditional black gospel. It began to appeal to white churches. His music contained rock and roll, pop, blues, and funk overtones. Andrae’s music also included outstanding vocal arrangements, various rhythms, and chord inversions. His songs were representative of life’s problems and disappointments. He never watered down the gospel message in his songs. He introduced contemporary worship songs in black churches. He introduced traditional black gospel music in white congregations. Bebe Winans, Kirk Franklin, and other were influenced by his music.

Tragic circumstances played a major role in the songwriting of Andrae Crouch. Through It All, with God’s help, he stood strong. His mother died from cancer. He began to question why God did not heal her. His father died of cancer, the next year. Thereafter, his brother, Ben, died from colon cancer. Andrae became Senior Pastor of his father’s church. Sunday sermons and Praises went to another level. The attendance at the church increased, greatly. Going against traditions, he appointed his sister, Sandra, as co-pastor. To avoid penalties, Christ Memorial Church of God in Christ became the New Christ Memorial Church.

Consequently, the life-shaking tragedies of Andrae Crouch also birthed the Grammy album, Mercy. He won 8 more Grammys and 4 Dove Awards. He received 1 Oscar nomination. He recorded 1 gold record. He won the How Sweet the Sound Living Legend Award. He received the Inaugural Salute to Gospel Music Lifetime Award. In 1998, Andrae was inducted into GMA Gospel Music Hall of Fame. He was awarded a star on the Hollywood Walk of Fame. Awards were also given to him by ASCAP, Billboard Music, and the NAACP. Hallelujah!

Andrae Crouch has performed with both Christian and secular artists. Some gospel artists include Vanessa Bell Armstrong, Karen Clark Sheard, and Crystal Lewis. Others include Tata Vega, Twila Paris, Tramaine Hawkins, Danniebelle Hall and more. He has been on albums with Christian artists, such as The Winans, Michael W. Smith, Jessy Dixon, and Take 6. He sang for Billy Graham. Reverend Graham referred to him as a great hymn writer. Andrae performed with the Brooklyn Tabernacle Choir. Secular artists include Elvis Presley, Michael Jackson, Paul Simon, Stevie Wonder, and Philip Bailey, and more. He also worked with Madonna, Diana Ross, and Ringo Starr. Christian music videos by Andrae can be seen on secular and Christian video channels.

The film industry was also impacted by the music ministry of Andrae Crouch. He wrote songs for the Color Purple, Once Upon a Forest and A Time to Kill. He was choral director and arranger for the Lion King. He appeared on the Jeffersons, Amen, and the Mandrell Sisters. He also appeared on the SC TV Network and Nickelodeon.

Sharing the gospel of Jesus Christ through songs and sermons were the loves of Andrae Crouch’s life. The musician, composer, performer, pastor, arranger, producer and gospel singer never married. He did not have children. When asked about his beliefs, he quoted Proverbs 3:6. “In all thy ways acknowledge Him, and He will direct your paths.” Andrae entered a new life on January 8, 2015. Prophetically, the number 8 means “ new beginning.”

God blessed the gospel pioneer Andrae Crouch to wrote over 100 songs. Thirty years of his life were devoted to music ministry. I leave you with a note of encouragement using some of song titles. Got Challenges? If you Hold to God’s Unchanging Hand, God Will Open Doors for you. He Never Sleeps or slumber. His eyes are watching you. Give Him your Heartaches. Give Him your Distractions. Give Him your hardships, too. Upon Him, cast your worries. Jesus is the Answer for you. He is more than capable. He Does All Things Well. Like the woman at the well, you will run and tell, “Can’t Nobody Do Me Like Jesus! “God has spoken.” Let the Church Say, “Amen.”

I hope you were encouraged. See more articles at KNCB.ORG. Listen to Christian music by gospel artists mentioned in the article and others. Also, watch free Christian movies, online. Be blessed by Christian sermon . Hear great preachers, such as Apostle Craig Banks and others on Say Amen TV. Visit the Faith Shop for Walk By Faith greeting cards and photographic prints. Like us on Facebook at Kingdoms Network Christian Broadcasting. Thank You So Much for Stopping By!  God Bless You!