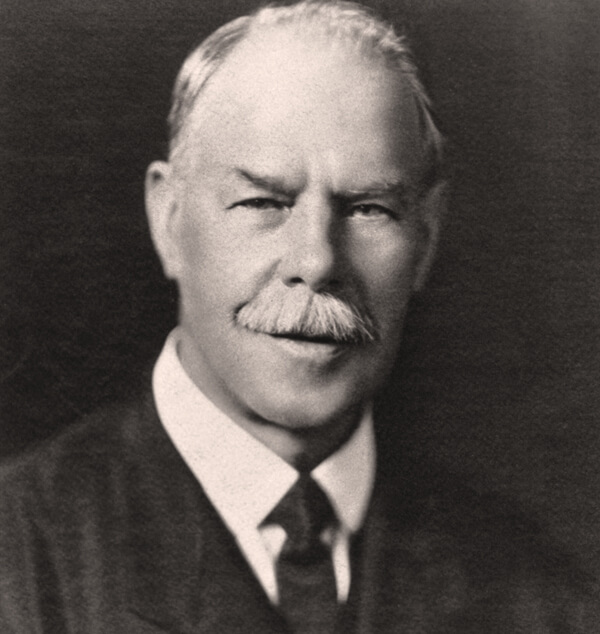 Smith Wigglesworth was born June 8, 1859, in Menston, Yorkshire England, to John and Martha. As a child, Smith Wigglesworth’s family was very poor. He worked in the fields beside his mother and in factories. By the age of eight, he became a born-again Christian and was baptized in a Baptist church. He would later claim the Pentecostal faith.

As a young man, he was an apprentice to a plumber. His mentor was the one who taught him about Jesus Second Coming. The first person he brought to Christ was his mother. Smith Wigglesworth loved ministering to the young people and visit the hospitals. By the age of 20, he moved to Liverpool. The power of God was on him and he won many souls for Jesus. He had a great love for the poor people. At the age of 23, he was led to go back to Bradford where he opened up a plumbing business and spent the rest of his time helping out at the Salvation Army. It was during this time he met his wife Polly who was a preacher there. It was only after he got married that Polly taught Smith Wigglesworth how to read using the bible. They had one daughter and three sons.

Smith Wigglesworth eventual gave up his plumbing trade after preaching became his passion. During the Sunderland Revival, he experienced speaking in tongues after the laying-on of hands by Mary Boddy. He was 40 years old at the time.

He believed that healing was due to one’s faith. Furthermore, he had been healed of appendicitis and refused any medication for kidney stones. There were many reports by people that experienced miraculous healings of cancer which he described as a “living evil spirit.” Also, that people were being raised from the dead. He believed that illness was caused by demons. He believed that praying twice for a person was showing unbelief.

David DuPlessis, whom Smith Wigglesworth met in South Africa during 1936, explains what he said. Speaking directly to David, Smith stated that he had been in Jerusalem long enough and that he was destined to go to the uttermost parts of the world. This sounds like what Jesus told the disciples and can be seen while watching old Christian movies. Smith told him that absolute obedience would come with a cost to share in the greatest wave of revival that has been known in history. Summarized here is the prophecy by Smith Wigglesworth for:

‘It will eclipse the present-day, twentieth-century Pentecostal revival that already is a marvel to the world, with its strong opposition from the established church. But the same blessing will become acceptable to the churches and they will go on with this message and this experience beyond what the Pentecostals have achieved. You will live to see this work grow to such dimensions that the Pentecostal movement itself will be a light thing in comparison with what God will do through the old churches. There will be tremendous gatherings of people, unlike anything we’ve seen, and great leaders will change their attitudes and accept not only the message but also the blessing.’

‘The Lord said to me that I am to give you warning that He is going to use you in this movement. You will have a very prominent part.’”

Smith Wigglesworth was a man that devoted his entire life to serving God. His faith never wavered. He has inspired many and his ministry continues today although he passed from this world in March of 1947.

For more information on how your ministry or church can partnership or advertise at KNCB.org, contact us today at info@kncb.org.