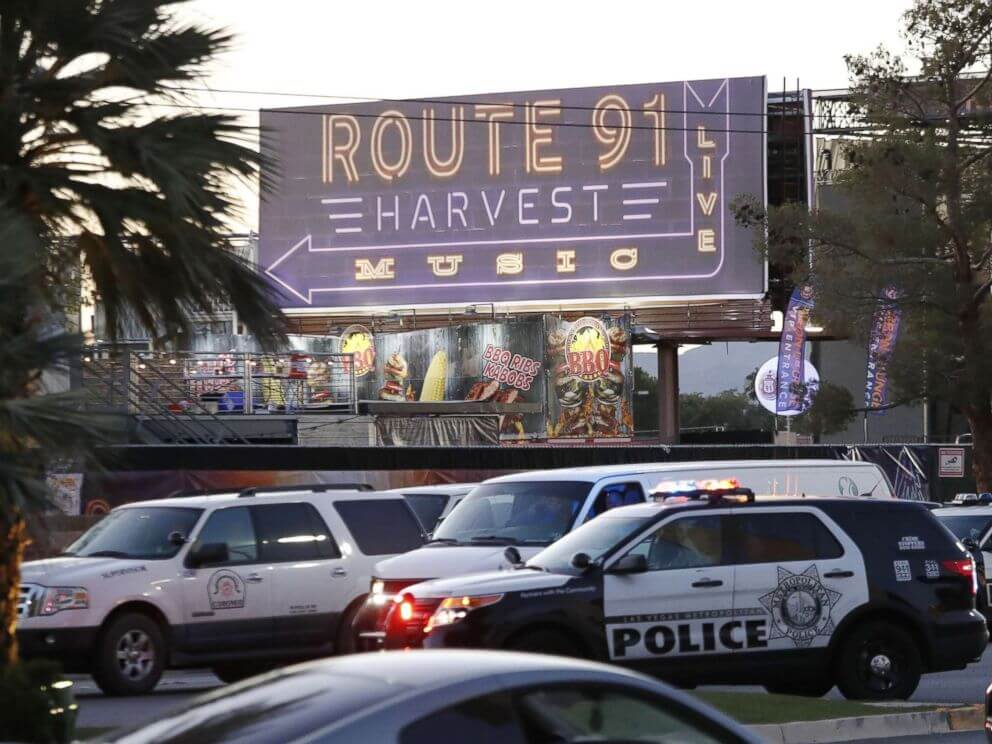 Many people have heard the old saying that there are no atheists in foxholes. Unfortunately, this statement is usually dismissed as being only wartime sentiment. A tragic event like the recent Las Vegas shooting should be a reminder to the Christian community that the mysteries regarding how God works are not always immediately revealed. Sometimes, it takes being in the line of fire to awaken a person’s heart to the truth.

One of God’s promises to believers involves a covenant of reassurance, peace, and safety. It is illustrated in these two verses.

“And we know that for those who love God all things work together for good, for those who are called to his purpose.” Romans 8:28 ESV

“For I know the plans I have for you, declares the LORD, plans for welfare and not for evil, to give you a future and a hope.” Jeremiah 29:11 ESV

It is likely that many of the victims at that music festival in Las Vegas were Christian. How is being the victim of a mass shooting the fulfillment of a plan for welfare and good? Taylor Benge was a person in attendance at the shooting whose candid CNN interview sheds light on the answer. He was surprised that the Las Vegas shooting caused him to have faith in God.

Mr. Benge admitted that when he went to the event, he was an agnostic. Witnessing his sister’s bravery in helping to protect him from gunfire, and his emergence from the massacre alive and well, was enough to convince him of the existence of God. Mr. Benge truly believes that he was “blessed” enough to come through the night unharmed. Maybe a Christian somewhere was called to intercessory prayer on his behalf. He was unharmed, but he became a new person.

Nowhere in God’s promises does He guarantee that being a believer will be easy. The plans He has for people will not only secure their eternal security but serve to bring glory to Him. This tragic event, with all of its carnage, provided one man the opportunity to have his spirit and mind changed. It changed to now have faith in God. Taylor was so amazed that he was unafraid of testifying on national television. In all fairness, he probably wasn’t the only one.

Tragedies like the Las Vegas shooting are signs of Jesus’ second coming, according to many believers. We will never know the exact time. Violence, bloodshed, and murder are not new when it comes to humanity’s struggle to reconcile itself back to God. Many people have learned throughout history, that it takes a child-like faith to weather the horrors of man’s inhumanity to man and to expect God’s grace.

Remember, another gruesome tragedy in the past was absolutely the pivotal moment in God bringing glory to himself through injustice. It was also the most powerful event ever to bring people into belief. The event when Christ was put on the cross, was a horrific, bloody, and unjust just like the Las Vegas shooting. In order for death and evil to be conquered, the Crucifixion and Resurrection of Jesus had to happen.

Without minimizing the magnitude of what happened during the Las Vegas shooting, it can be said that the violent act of another, had to happen to bring Taylor Benge to belief. The people of the United States have yet to learn how this shooting will ultimately be used by God for His purpose. Benge’s testimony on national TV could be a clue, and it certainly gives God glory.

For those who want to learn more about Jesus and the bible, watch free Christian movies online, right here at KNCB.org.