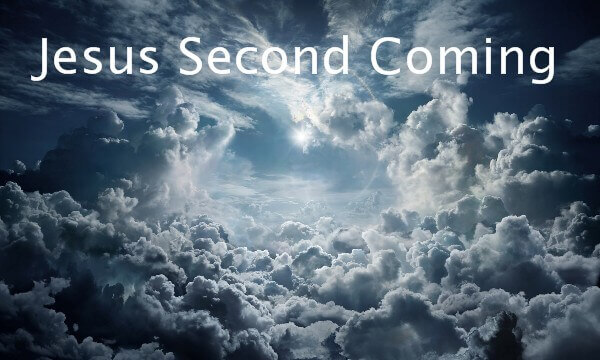 King of the Jews

Christian and non-Christian movements have various views about Jesus Second Coming. False prophets tried to predict it. Sadly some believed them. It’s God’s Secret! As stated by Moses in  Deuteronomy 29:29 (NLT) ”The LORD our God has secrets known to no one…”. Jesus teachings included details of His Return. He told His Christian Disciples in Matthew 24:36 (ISV)“No one knows when that day or hour will come – not the angels in heaven, nor the Son, but only the Father,…”

If this is Jesus Second Coming, when was His First coming?  When was the last time He came? The birth of Jesus Christ was the first time He came to earth. Prophesied by Old Testament prophets the Messiah King was born.  The Second Coming will usher Him in as the Millennium King. As a baby, He was born “King of the Jews. Unfortunately, no one noticed or recognized Him as a king.

The King of Kings

Jesus Second Coming will be a time of rejoicing for some and a time of regret for others. Jesus Birth was God’s gift of salvation to every nation. Believers will receive eternal salvation. Those who rejected Him will be given everlasting damnation. First, He came as a humble Lamb. This time He will come as the Powerful Lion of the Tribe of Judah. He will reign as King of Kings. He will rule as Lord of Lords. As stated by Jesus in Romans 14 and 11 “As I live says the Lord every knee shall bow to me and that every tongue shall confess to God.” The Second Advent of Jesus will be the greatest of all supernatural events.

The apostolic ministry of Apostle John left us with supernatural details of Jesus Second Coming.  While exiled, John of Patmos received a download of the “Book of Revelation” or the “Apocalypse”. It is a book of divine secrets. It is a letter with letters. There are references to OT prophets. There are 7 apocalyptic events in groups of seven. The events are:

Here is beautiful imagery of the new heaven and earth. Finally, Revelation 22:20 contains Jesus last words of warning.”Surely I come quickly.” Do not get “left behind.”

God’s promises about Jesus Second Coming are “Yes” and “ Amen”. Jesus is still coming. The Calendar of God is different from man’s calendar. Peter 2 Chapter 3 verse 8 God’s Word Translation Bible he states “Dear friends, don’t ignore this fact: One day with the Lord is like a thousand years, and a thousand years are like one day.” On God’s schedule, Jesus has been gone a little over 2 days. Be ready, ASAP.

Great Christian gospel praise and worship songs speak of Jesus Second Coming. “Days of Elijah” written by Robin Mark and recorded by Judy Jacobs refers to the Second Coming. The angels sang at Jesus First Coming, Glory to God in the highest, and on earth peace, goodwill toward men.” According to John in Revelation 14:2-3(KJV) there will be singing at the Second Coming. “…and I heard the voice of harpers harping with their harps: and they sang as it were a new song before the throne……….”

Jesus Second Coming is the “eternal knock-down, drag-out-of-the-earth blow for Satan. Jesus Resurrection was only just the beginning. The Second Advent of Jesus will usher in an eternal one world order. In other words as a southern gospel quartet sings on online Christian gospel radio about Jesus’ Return “Tell the world. Jesus is Coming Back! Tell the world Jesus is coming soon.”

How has Jesus Second Coming affected your life and ministry? Share your testimony. Also visit us at KNCB.ORG for free online sermons, free Christian movies such as the Revelation Movie, Christian gospel songs and more. Don’t forget to like us on Facebook at KNCB.org. We look forward to hearing from you.